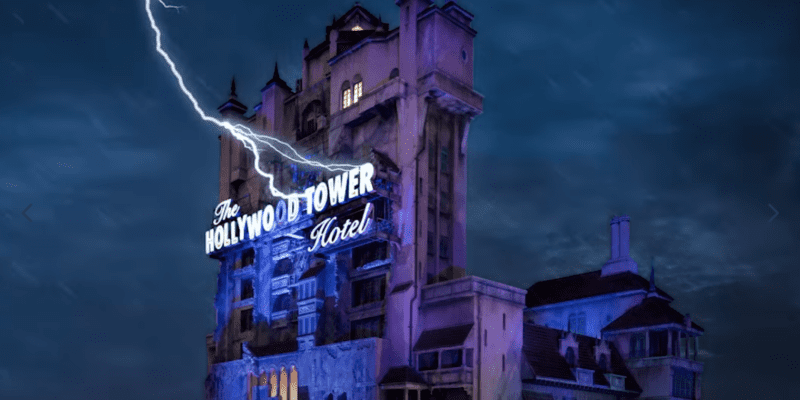 Disneyland Resort and Walt Disney World have maintained several health and safety measures due to Covid-19 since the parks reopened in April 2021 and July 2020.

As part of these measures, plexiglass was installed throughout most stores and attractions and their queues.

With the parks gradually coming back to normal, Guests are ready to say goodbye to facemasks and the plexiglass barriers that remain in the Parks.

Micah (@spookgolds) recently shared a picture of the plexiglass barriers that can still be found in the Twilight Zone Tower of Terror queue. He mentioned the walls matched the glitz and glitter of the Hollywood Tower Hotel from 1939 Hollywood.

Hollywood. 1939. Amid the glitz and the glitter of the Hollywood Tower Hotel and these authentic plexiglas barriers. #WaltDisneyWorld #mgmstudios

Hollywood. 1939. Amid the glitz and the glitter of the Hollywood Tower Hotel and these authentic plexiglas barriers. #WaltDisneyWorld #mgmstudios pic.twitter.com/VFkf2ninQC

Some viewers took the image with humor, like Phil LeBlanc (@MainStreetDad), who stated that this risk mitigation method is historically accurate since the “Do Not Touch” stickers wouldn’t debut until 1943.

It’s historically accurate. The “Do Not Touch” stickers didn’t debut until April, 1943

It’s historically accurate. The “Do Not Touch” stickers didn’t debut until April, 1943

Trashed@Disney (@TrashedAtdisney) added that this was probably an Art Deco addition to the iconic Hotel.

However, Amanda (@the_cool_amanda) took this opportunity to voice her opinion regarding plexiglass still being present in some Walt Disney World locations. She commented she couldn’t wait to see these useless monstrosities go.

Ready for these monstrosities to go.

I’m so tired of useless shit.

Ready for these monstrosities to go.

I’m so tired of useless shit. 🤣

When it was brought to her attention that Cast Members were making a gradual removal of the barriers, Amanda replied all they had to do was gather some workers and yank them out overnight.

Just gather some workers give them time and a half. Yank this shit out over night.

Just gather some workers give them time and a half. Yank this shit out over night.

While many Guests share Amanda’s point of view, being ready to see plexiglass and every other covid-19 related measure gone, Cast Members are doing their best to help Walt Disney World and Disney Parks gradually return to normal, and this can’t be done overnight as there are several procedures and schedules that must be followed.

However, with character meet and greets going back to normal on April 18, it would seem that Walt Disney World Resort and Disneyland Resort are well on their way to being the most magical place on earth and the happiest place on earth we all remember so fondly.

Related: Disney Guests Underwhelmed By The Return Of Character Meet And Greets

Are you ready to see Disney Parks go back to normal? Should some measures remain in place? Let us know your thoughts in the comments below!