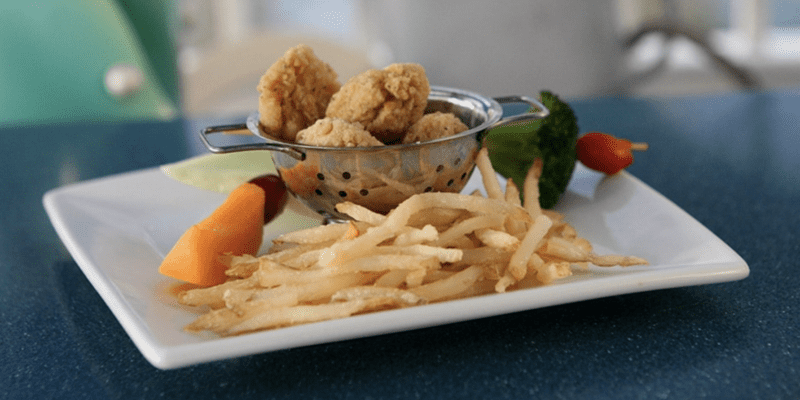 Ordering a kid’s meal rather than an entire adult portion is a well-known money-saving tip among the Disney Parks fan community. Walt Disney World food portions are notoriously generous, so ordering a kid’s meal allows Guests to save money without wasting food.

Related: You Can Order Chicken Nugget Sushi at Disney!

It’s also a good option for Guests with allergies or dietary restrictions who might require a more simple meal than the adult menu offers!

It’s easy to order a kid’s meal at a Quick Service restaurant or a Resort cafeteria. Still, Guests need to ask permission from their server to do so at Walt Disney World Table Service dining experiences.

A Guest who recently traveled to Walt Disney World reported that they were only allowed to order off the kids’ menu at one table service restaurant with their party. Reddit user u/RalphBohner wrote:

last time I was in WDW I wanted to order from the kids menu as I like the smaller portions and I was only able to at one restaurant. Every other restaurant told me no. So I didn’t order anything, so they lost out on any money from me. Shouldn’t those who like smaller portions be allowed? Always thought this was silly. They got no money out of me for those meals.

Edit: I’m taking about table service only. Quick service and mobile ordering are of course easy to order kids meals from

Commenters were quick to point out that adults have to pay the same price at buffets, character dining experiences, or Prix-Fixe meals no matter what they eat. This Guest, however, did not attend any of those experiences. In a comment, the Guest clarified that they ate at Tony’s Town Square Restaurant in Magic Kingdom, Yak and Yeti at Disney’s Animal Kingdom, and Le Cellier Steakhouse at EPCOT.

Other Disney fans reported being able to order off the kids’ menu at Tony’s Town Square and Le Cellier Steakhouse, with one commenter even saying that their server suggested it first. Reddit user u/zolakk wrote:

It must depend on the dish and server at La Cellier. We were just there and when we asked about the cheese soup our server straight out told us to order the “child portion” if we didn’t want a whole big bowl without us even asking if it was even an option

A third-party company, Landry’s, operates Yak and Yeti at Disney’s Animal Kingdom, so their rules can vary from those at Disney-run Resort restaurants.

Though Disney restaurants typically have an age limit for their kids’ menus, it never hurts to ask to get a dish you might want to try.

Have you ever ordered off the kids’ menu at a Walt Disney World Resort restaurant? Share your experience with us in the comments.