Disney Monorail Once Caught Fire, Resulting In Massive Evacuation - Inside the Magic 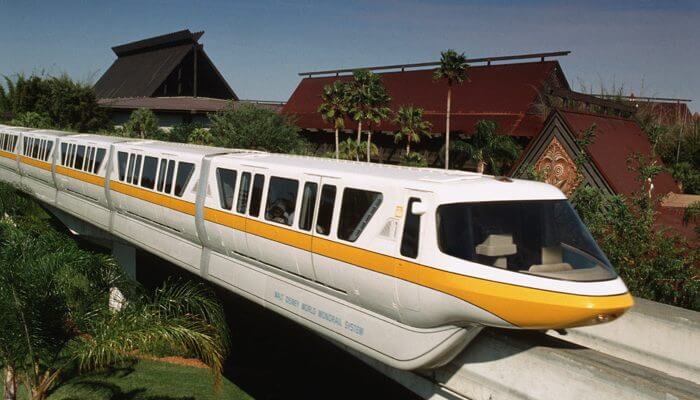 Unfortunately, as with anything, the Monorail can sometimes experience technical difficulties. One time, the Monorail actually caught fire, resulting in a massive evacuation.

As reported by AP News, in 1985, a packed Walt Disney World Monorail caught fire, leading to an evacuation. About 200 Guests were safely removed from the Monorail car, which was 20 feet above the ground. Luckily, no one was injured during the fire or evacuation.

At the time, Walt Disney World spokesman Rod Madden said  ″There may have been some minor smoke inhalation, but nobody reported any injuries.″

The fire was first spotted by a security vehicle driving along the main entrance road who noticed flames coming from the rear car of the Monorail.

The security official notified the driver, who immediately stopped the train. Rescuers from the Reedy Creek Fire Department quickly began evacuating the passengers.

″The passengers in (the burning) car, approximately 40 people, were able to knock out a window or windows and climb to the roof of the train and await evacuation,″ Madden said.

Fire department lift trucks were used to bring those 40 and about 160 people in the other four cars to the ground, Madden said. The operation took about an hour.

A Guest visiting from New York was leaving Magic Kingdom at the time with his wife when they saw the flames coming from the Monorail. “I could see people on top of the Monorail. Most of them were calm but a few were screaming, ‘Get us out of here.’,” they told SunSentinel. “Even when the flames were very strong, I saw people still coming out of the car.

They continued, “It was a great relief when we found out nobody was hurt. We thought it was amazing that everybody got out safely.”

And another Guest leaving Disney World, Bill Morgan from Pennsylvania, said one of the passengers in his car also spotted the fire. “It looked like a relatively small fire and we thought it was coming from the front of the monorail,” he said. “It was like a tire on a car burning. We saw some debris falling onto the ground.”

He continued to explain, “Once the fire got inside the car, it spread very quickly. People in the car must have used incredible self control. It was a very frightening experience and how they kept their poise is beyond me.

He, too, was a miracle that no one was injured, saying “I thought, ‘My God, they don’t have a chance of getting out of there.’ I thought there was going to be a disaster. It was amazing nobody was hurt.”

Have you ever taken the Disney World Monorail? Did you know it once caught fire? Let us know in the comments below.

Comments Off on Disney Monorail Once Caught Fire, Resulting In Massive Evacuation