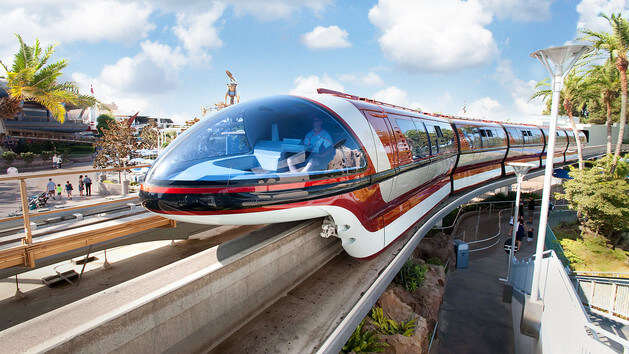 Disney has just announced that the historic Monorail at Disneyland will be closing — for a few weeks.

Initially we reported that the Disneyland website showed beginning on January 24, the Monorail will be unavailable to Guests — with no reopening date announced. However, since then, we can now confirm that the Monorail will instead close on February 14, 2022 and will remain closed through March 6, 2022.

We initially speculated that this closure was for a refurbishment, despite Disneyland’s Monorail just recently reopening after undergoing a refurbishment last year. Now, we can also confirm that the closing is to accommodate the demolition of the AMC building so work can start on the reimagining of Downtown Disney, which was announced last November.

Related: After a Long Hiatus, Disneyland Monorail Reopens This Week!

Disneyland describes the Monorail as:

Ride the historic, high-speed zero-emission transportation system that rockets along a single rail through the Disneyland Resort.

Fly the Highway in the Sky

There are 2 Monorail stations at the Disneyland Resort.

Catch a ride inside Disneyland Park at the Tomorrowland station right above Finding Nemo Submarine Voyage.

Guests with valid theme park admission can skip the Main Entrance by boarding the Monorail at the Downtown Disney District station—and travel straight to Tomorrowland!

A Ride into History

The Disneyland Monorail was the first transportation system of its kind in America. The current version combines the sleek styling of the 1959 classic with new technologies and subtle design changes, bringing a retro-futuristic look and contemporary feel to the timeless Disneyland icon.

Today, the Disneyland Monorail is comprised of the Red, Blue and Orange Mark VII trains. Because the system uses a 600-volt DC power source, it emits no direct exhaust or pollutants into the atmosphere.

Related: Today’s the Last Day to Ride “it’s a small world” Prior to Indefinite Closure

Are you upset to see Disneyland close the Monorail? Let us know in the comments below.