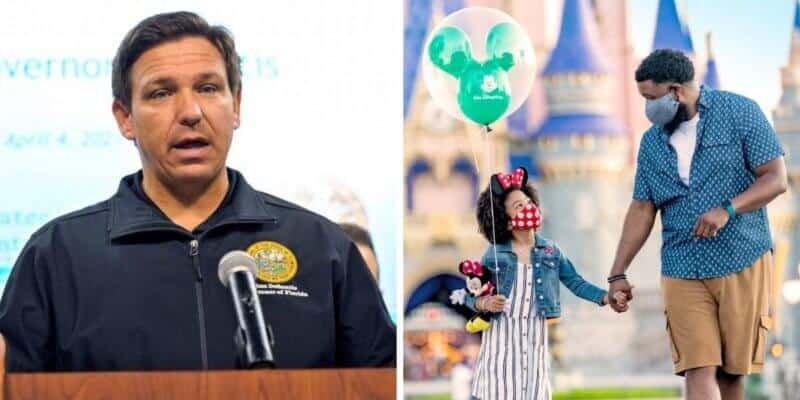 While the battle currently going on between Disney and the sunshine state has been waging for weeks, it just keeps getting hotter and hotter.

According to The Orlando Sentinel, Gov. Ron DeSantis’ current war with Disney may cause problems for citizens of the state of Florida. The Reedy Creek Improvement District is hiring more first responders after the firefighters who serve Walt Disney World property complained of a staffing shortage, but now, the union’s president claims that a policy enacted last month could make Disney visitors and staff wait longer for help.

According to an internal email shared by union chief Jon Shirey, the fire chief ordered the local department to no longer request assistance from neighboring fire departments for non-emergency transports. These also bar medical calls and supplement responses to calls such as structure fires.

This is just the latest aspect of government that may be affected if Disney’s Reedy Creek Improvement District is dissolved as is the plan spearheaded by Gov. Ron DeSantis.

This firm stance against the new bill caused friction between the company and the state of Florida, with Gov. Ron DeSantis continuing to escalate the battle with incendiary words and potential actions. In recent weeks, Gov. DeSantis heightened the stakes, publicly announcing he was considering terminating the special treatment Disney has been receiving due to the state’s Reedy Creek Improvement act.

The Reedy Creek Firefighters Association filed an official grievance on April 28, claiming that the policy change violates its standing contract with the district. This new policy could delay critical care, and firefighters are already seeing its effects, Shirey said.

In emergency cases, the Reedy Creek Fire Department can still request assistance from the Orange and Osceola County Fire Rescues, but the staff who take all the calls have to notify their commanders of the request, which significantly slows the process down and in an emergency situation, time is the most valuable currency.

Incidents that begin as non-emergencies can worsen rapidly, especially with children Shirley added.

“It’s just going to lead to bad outcomes,” he said. “It’s not a matter of ‘if’ — it’s just ‘when. We take it very personally, and if somebody were to have a bad outcome from something that’s wholly preventable, it’s going to be hard for us,” he said.

Gov. Ron DeSantis is full steam ahead when it comes to the dissolution of Disney’s Reedy Creek but he has been faced with quite a few obstacles. The most recent issue involved concerned taxpayers actually suing him for these rather bold actions. As of now, the future is quite uncertain when it comes to the relationship Disney has with Florida.

What do you think about this Reedy Creek news?