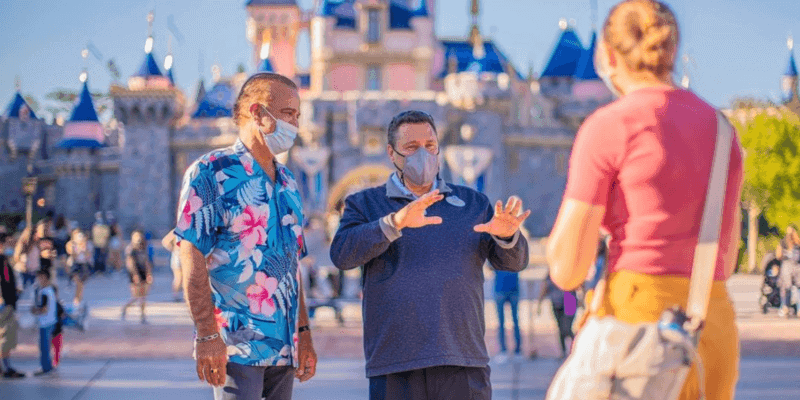 Anaheim Mayor Harry Sidhu, who is under federal investigation for alleged corruption in the sale of Angel Stadium, resigned effective Tuesday, May 24, according to a statement from his attorney Monday.

“Meeting the needs of the community has been, and will always be, Harry Sidhu’s top priority.”

Related: Disneyland Confirms Reopening Date of Pirates of the Caribbean

Previously, Sidhu had spoken out about the reopening of Disneyland Resort — which is located in Anaheim — following the theme park property’s pandemic closure.

“This is a monumental day for Anaheim. We have all missed the joy of Disneyland, and we’re so glad to have that back. But this means so much more to working families, small businesses, and our city. The impact of having the theme parks closed for more than 13 months due to the pandemic has been devastating. This begins our economic recovery and brings hope back to Anaheim.”

While Sidhu’s resignation is unlikely to have an immediate impact on Disneyland Park and Disney California Adventure Park, it will be intriguing to see if his departure plays a role in the progression of the DisneylandForward project. It is worth noting, however, that as long as the project is lucrative for the City, Sidhu’s resignation may not ultimately affect the expansion.

Sidhu had been supportive of Disneyland’s proposed expansion, which could even include a Wakanda-themed area for Marvel Cinematic Universe fans. Last year, Orange County Register interviewed City of Anaheim spokesman Mike Lyster, who said the city — including the Mayor, at the time — is “receptive” to the updates Disney is asking for, which includes the zoning around the Disneyland Resort. OC Register did note, though, that “restricting land to single uses is seen as outdated as urban planners consider how tourists in 2021 want to be immersed in their destination.”

We want to bring more Disney investment to Anaheim. However, this simply isn’t possible under current inflexible planning restrictions unless we remove and replace treasured rides and attractions in our Parks today. Without updates, new Disney experiences and placemaking, created from our beloved stories, will likely never find their way to the Disneyland Resort as they have to other parks throughout the world. With DisneylandForward and more flexibility within our existing properties, new lands and adventures like those underway at Tokyo DisneySea and Shanghai Disneyland could inspire new experiences here.

What do you think about Mayor Sidhu’s resignation?