'Wicked' Splits Into Two Movies to Avoid "Fatal Compromises," Gets Release Dates - Inside the Magic 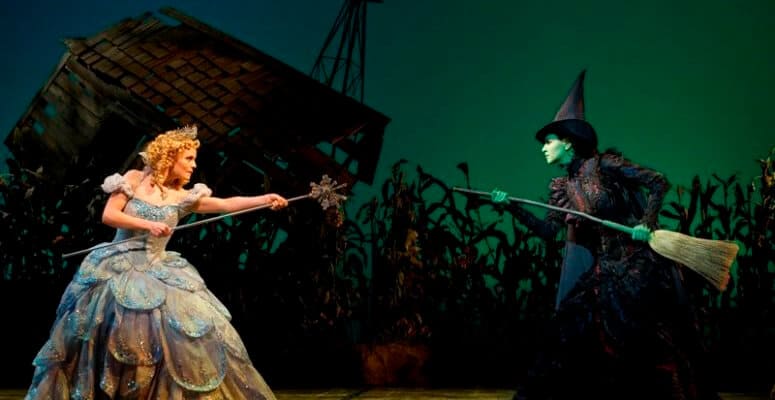 If you follow movie news, you undoubtedly already know that the popular Broadway musical and novel, WICKED, is being turned into a film.

As of today, The Hollywood Reporter has confirmed that the project has now officially been split into two movies, releasing in December 2024 and December 2025.

Director Jon Chu shared an official statement on Twitter. In part, the announcement — sent from the director’s “OzPhone” — reads:

Here’s what happened: as we prepared this this production over the course of the last year, it became increasingly clear that it would be impossible to wrestle the story of WICKED into a single film without doing some real damage to it. As we tried to cut songs or trim characters, those decisions began to feel like fatal compromises to the source material that has entertained us all for so many years.

So we decided to give ourselves a bigger canvas and make not just one WICKED movie but TWO!!!! With more space, we an tell the story of WICKED as it was meant to be told while bringing even more depth and surprise to the journeys of these beloved characters.

Chu also pledged to bring more depth to the characters with the two-part production. Cynthia Erivo will star as Elphaba and Ariana Grande will star as Glinda. Additional casting has not yet been announced.

Related: Work on Your Roar! Disney on Broadway Is Casting For ‘The Lion King’!

You can learn more about the touring production of WICKED on the show’s official website. The official description of the insanely popular stage show reads:

WICKED LOOKS AT WHAT HAPPENED IN THE LAND OF OZ –
BUT FROM A DIFFERENT ANGLE
THERE IS A YOUNG WOMAN, BORN WITH EMERALD-GREEN SKIN –
SMART, FIERY, MISUNDERSTOOD AND POSSESSING AN EXTRAORDINARY TALENT.
WHEN SHE MEETS A BUBBLY BLONDE WHO IS EXCEPTIONALLY POPULAR…

THEIR INITIAL
RIVALRY
TURNS INTO THE
UNLIKELIEST
OF FRIENDSHIPS…

UNTIL THE WORLD DECIDES
TO CALL ONE
GOOD
AND THE OTHER ONE
WICKED.

Are you excited about not one, but two, WICKED movies?