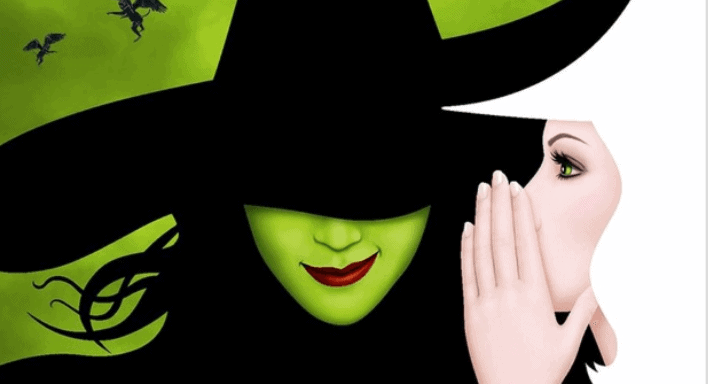 Live-action musical films have been on the rise lately, especially when it comes to films from the Walt Disney Company. This past summer, Disney also ventured into the world of filmed Broadway productions. The highly popular hit show Hamilton came to Disney+ in July 2020 and caused the platform to erupt with subscribers. Now, it seems that Universal is taking a page from Disney’s book and is ready to bring another fan-favorite Broadway musical to the screen.

Wicked is the second highest-grossing Broadway show with over $3 billion in profits, just behind Disney’s The Lion King, so a live-action will surely do well.

Forbes recently confirmed, “Jon M. Chu is now in to direct the live-action musical adaptation of the popular (and comparatively youth-skewing) Broadway sensation.” Interestingly, Chu was previously set to direct Willow for Disney+.

A large majority of Disney’s recent success with live-action movies are from their animated classics — most of which are fairy tales.

And, when compared to Disney, Universal’s fairy tales don’t have a great track record, and they are typically not able to appeal to the same audience that Disney can. That being said, Wicked has princesses, fairy tale creatures, and amazing musical numbers — much like any typical Disney live-action film. It also carries its own cult fandom in the Broadway community, which will likely make the film a success.

As for a release date? According to Forbes, “December 21, 2022 (a Wednesday) is currently occupied by an ‘untitled Illumination film’ that could well be a placeholder if need be.”

Whether that is a slot for Wicked is still at large, but a holiday release could be quite lucrative. From this, however, we can see that Universal is doing something Disney did not with their Broadway musical (Hamilton): Universal is giving Wicked a theatrical release. Considering that Universal can’t rely on a streaming service like Disney+ to gain a large audience for its films, releasing the new film version of Wicked in theaters is likely necessary for its success.

Wicked has been in the works for Universal for quite some time (five years to be exact), so hopefully having Chu on board will keep the production moving forward and on track to be released next year.

Now, are Idina Menzel and Kristin Chenoweth available to reprise their roles? Because this theater school gal needs to hear “For Good” sung by the original cast.

Are you excited to see Wicked come to the screen? Who would you want to cast in the movie?