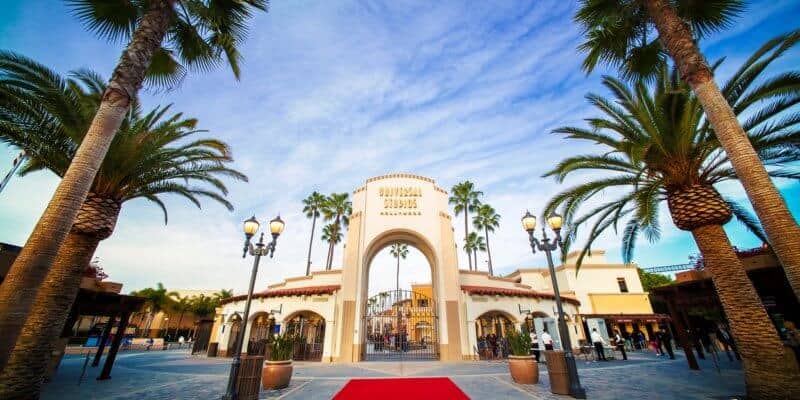 As things continue to go back to normal at Disneyland Resort and Universal Studios Hollywood, Guests can experience the Parks as they have long wanted to.

This includes character meet and greets going back to normal, allowing Guests to interact with their favorite characters up close, take pictures with them, and even hug them. Universal has taken this opportunity to introduce a new character to their Hollywood Park, and Guests are obsessed with the new experience.

We’re talking about The Bride of Frankenstein, a classic Universal Monster that made a triumphant debut a few weeks ago. The success of this new appearance comes, of course, from the character’s popularity, but what truly has Guests begging to see more of her are the interactions she makes, both with Guests and with Frankenstein and other Universal characters.

✨️Happy✨️ this was caught on video: ❤️‍🩹 #BrideofFrankenstein just standing there, petting the Frankie doll and giving it back before leaving with a "Bye, friend." 🥺
(Instagram VC📸 @ tminassian_photography2)#UniversalStudiosHollywood #ClassicMonsters #imliterallygonnacry https://t.co/gsJ1lPk0zE pic.twitter.com/m4iuldGJXT

Twitter user Suzy David (@Suzdariffe) is perhaps one of the Guests enjoying the appearance of this beloved character the most, as she’s been sharing videos of The Bride of Frankenstein since the character made her debut.

Please keep sending me these videos; let me gush over these two getting to wander together over at
@UniStudios
My heart…  #Frankenstein #BrideofFrankenstein #UniversalMonsters #UniversalHollywood

Please keep sending me these videos; let me gush over these two getting to wander together over at @UniStudios. 🌷❤️‍🩹
My heart… 🥺 #Frankenstein #BrideofFrankenstein #UniversalMonsters #UniversalHollywood pic.twitter.com/W595OForBX

While it is heartwarming to see the couple wandering about the Park, the Bride can easily shine on her own, as another video Suzy shared shows, in which she even speaks with a couple of Guests, or as she says, “friends.”

However, not everything is a bed of roses for this misunderstood couple, as a video posted by JinxEverywhere (@JinxEverywhere) shows. In it, Guests can see a fight between Dracula and Frankenstein, as he tries to protect his Bride.

We had previously reported on Frankenstein being tired of the Park and wanting to move to Disney, but it would seem now he’s found a new reason to stay at Universal Studios Hollywood.

At Universal Studios Hollywood, Guests can also interact with Optimus Prime, Megatron, and Bumblebee, from the Transformers franchise, Blue and other dinosaurs from the Jurassic World franchise, several characters from The Mummy, the Harry Potter franchise, Despicable Me,  The Simpsons, and of course, classic Universal Monsters.

Will you visit The Bride of Frankenstein at Universal Studios Hollywood soon? Let us know in the comments below!