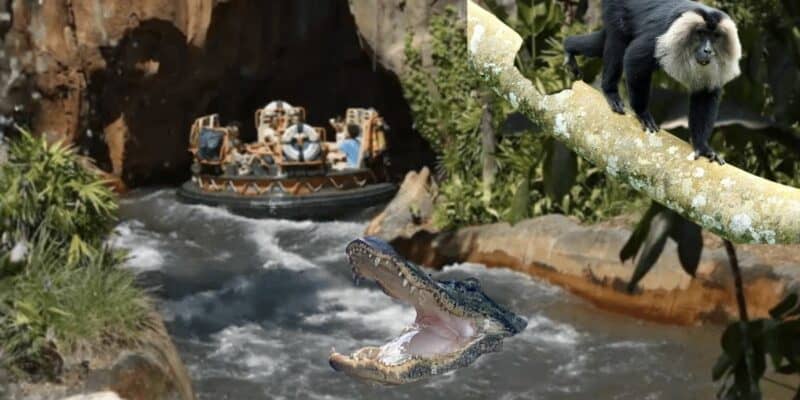 At Disney’s Animal Kingdom Park at Walt Disney World Resort, Kali River Rapids takes Guests on a rip-roaring river adventure past an erupting geyser and gushing waterfalls — but did you know that instead of animatronics, the attraction was going to use real animals?

If you have never been on Kali River Rapids, the official Disney World website describes this ride as:

Operating hours for Kali River Rapids may vary in cases of inclement weather.

As Guests rush down the rapids, they bypass several animatronic animals, but did you know Disney thought about utilizing real animals on Kali River Rapids, similar to the Kilimanjaro Safaris?

According to The Mouselets, Imagineers felt that having real elephants and lions would make the ride feel more immersive, but this idea proved to be a bit difficult as they would have to figure out a way to keep the animals contained so they did not put any Guests in danger. Because of the complications, Disney Imagineers ended up moving forward with animatronics instead.

Did you know this fun fact about Kali River Rapids? Would you have liked to see real animals on the ride? Let us know in the comments below.