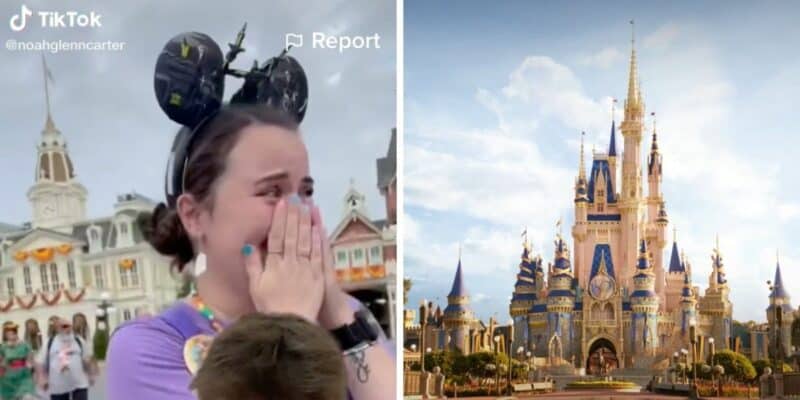 The Disney Parks are truly a magical place. Not only does visiting bring out the inner child in all of us, but it is a place for families, friends, and loved ones to create memories that will last a lifetime.

When Guests see Cinderella Castle, whether it’s for the first time or their hundredth time, tears are almost instantly brought to their eyes. The excitement, joy, and magic that fills each Guest as they walk down Main Street, U.S.A. truly is one of a kind.

This is exactly what happened to a Disney Guest on a recent visit to Walt Disney World. When she began walking down Main Street, U.S.A., she saw Cinderella Castle for the first time ever and began to cry.

She posted a video of her reaction to social media, which many found super sweet as they could relate. However, others were quick to harass the Disney World Guest, saying her crying over a building is “embarrassing”.

In a TikTok video, one fan shared the original post as well as some of the comments left for the Guest, which were not kind. One person commented “It’s literally a building”, while another said “yikes.”

Not all comments were bad though as one person gave the Guest credit for posting this to social media. “thank you for your bravery cause that is embarrassing  to be crying for a building.”

The full video can be viewed below:

When you see Cinderella Castle, what is your reaction like? Let us know in the comments below.