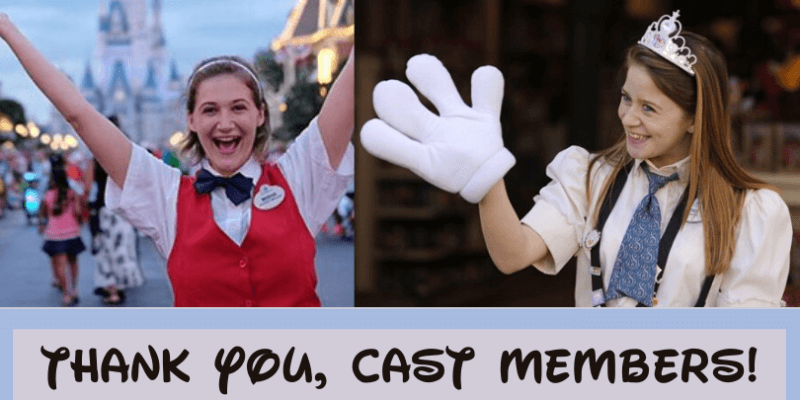 There is no doubt, that Disney cast members are the heart of the magic felt in each and every Disney park. Coming from every background and working all around the world, cast members go above and beyond every single day to spread magic to guests of all ages.

Reddit user rhymeswithdolphins, realizes how important these roles are and took to the internet to create a thread of shout outs to Cast Members! The call to action asked for other users to include the dates of their trips and locations, even if they didn’t remember the names of the cast members.

The responses that were quickly commented were heartwarming. People shared all sorts of magical moments made by cast members throughout property, that were memorable enough to make a positive impact on their vacations.

We’ve shared a few of our favorite stories below — each giving a compliment to the simple yet impactful acts of magic, created by Disney cast members.

“I’m a huge transportation nerd and was super pumped to ride the skyliner for the first time (November 2019). We got to Pop on our arrival day and went right out to the skyliner. Major props to the CM out front at Pop who just absolutely fed off my energy and when I started jumping up and down he joined right in with me! He advised us to wait for an unwrapped cabin to see better, and also suggested to ride to DHS, then ride the boat to Epcot, and then come back from there to ride all three lines (this was already the plan but that didn’t matter at all).

When we got back to Pop about an hour later he remembered us and asked right away if it was everything I imagined it would be.

Shout out to that guy. He made me feel like a kid again in the best way.”

“January 2020, Alien Swirling Saucers, CM was Kaycie. She noticed we rode and then got right back in line to ride again, so my daughter told her she wanted to ride “like 30 times”. She said she couldn’t do 30, but handed me a few paper fast passes so we could ride a few more times. My daughter was so excited to see her every time we went back on and kept talking to her. Even now she says she can’t wait to go back and see her friend Kaycie. I hope she’s still there when we can get back.”

“July 2019 — a sanitation cast member passed by us near Ariel’s Grotto while my kids were dancing during Happily Every After. He danced with them and gave them each a gift. I have a video of it and it’s my absolute favorite memory from all of our trips.”

“Neil at Tusker House in August 2018 was the best cast member experience I’ve ever had, hands down!

From start to finish, Neil was cracking us up. He saw we were from New Jersey and accurately guessed which town we were from on the first try, completely shocking us. He quickly learned all four of our names and regularly used them in conversation. He called out for us when a character would be coming by so that we wouldn’t miss it, and poked fun at us when we didn’t hear him or spent too much time at the buffet. He took some group shots and funny selfies with us and the characters (himself included on the selfie). He also got two members of our party to film a hilarious prank he played on the other two.

It’s hard to put into words how wonderful this experience was. We all agreed that we’ve never had such a fun experience at WDW and we hope we see Neil every single time we go back to Tusker House!”

Having been a part of the Disney cast in the past, I know how rewarding it is for cast members to make sure every single guest has a positive and memorable Disney Vacation. We at Inside the Magic want to continue to say thank you to all cast members, for all that you do. It makes a huge difference and we appreciate how hard you work to create magic!

Do you have a magical cast member experience from one of your Disney trips? Comment below and share it with us, we’d love to hear more!