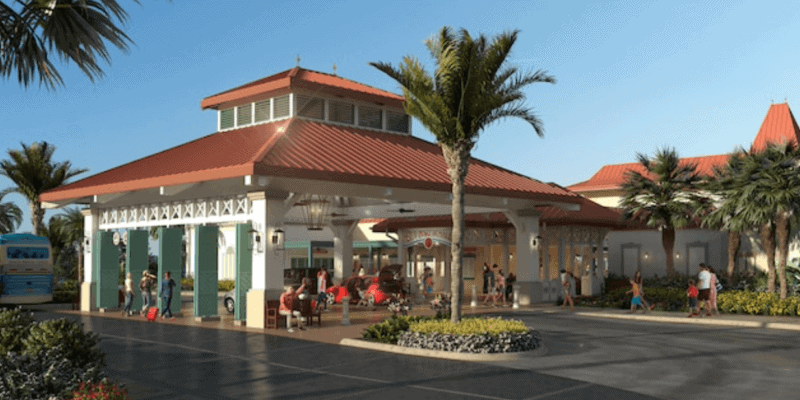 It’s hard to believe that Walt Disney World Resort is still not completely open. After the widespread closures caused by the COVID-19 pandemic, the Central Florida theme parks and their respective Disney hotels and Resorts are still operating with a phased reopening.

Earlier this year, Guests were once more able to book their vacation stay at Disney’s All-Star Sports Resort, marking the official moment that every Resort was open to Guests. However, areas inside said Resorts are still closed in some cases.

As Guests return to Disney’s Caribbean Beach Resort after a day at Magic Kingdom Park, EPCOT, Disney’s Animal Kingdom, or Disney’s Hollywood Studios, they are currently unable to visit the Spyglass Grill offering located at the Moderate Resort. Soon that will change when Spyglass Grill reopens on April 14, 2022.

That won’t be the only thing that has changed. Upon its reopening, Guests will no longer be able to enjoy the popular french toast and pancake option at the breakfast service. As seen on the breakfast menu for Spyglass Grill, both the Cream Cheese and Guava Stuffed French Toast and Pineapple-Banana Pancakes are no longer available for purchase.

Rather interestingly, despite removing the fan-favorite pancakes and french toast options at Spyglass Grill, the latter still appears in the official description of the Disney Resort poolside location:

Satisfy your appetite—morning, noon and night—with bold flavors of the islands.

Breakfast
Signature items range from the heavenly cream cheese and guava-stuffed French toast with bacon to plenty of grab-and-go options like seasonal fruit and steel-cut oatmeal.

Lunch and Dinner
When your hunger is magnified, go for the Caribbean tacos with your choice of spiced fish, shredded beef or jerk chicken. Craving a lighter dish? The chili-lime shrimp salad with avocado, black beans, pickled red onions, tomatoes and crispy plantain chips is sure to hit the spot.

Enhance the laid-back poolside vibe with a tasty tonic—frozen alcoholic and non-alcoholic tropical favorites, wine and a selection of ice-cold beer are readily available.

This menu change at the Caribbean Beach walk-up counter, found in the Trinidad pool area and overlooking Barefoot Bay, will likely come as a shock to some fans of the Disney Resort.

Not only have these popular and less widespread dishes been removed, but prices across other items have seemingly inflated. Earlier this year, Walt Disney Company CEO Bob Chapek and CFO Christine McCarthy announced that portion sizes across the Disney Park portfolio would be reduced. McCarthy jokingly stated it would be good for some Guests’ waistlines which left a sour taste in some Disney fans’ mouths as costs to visit the Parks across the board are rising.

Regardless of food prices increasing and portion sizes reducing, arguably the biggest divisive decision Disney has made recently is the launch of Disney Genie. The service requires an additional fee on top of a Disney Park ticket, with another cost for specific attractions like Star Wars: Rise of the Resistance, which requires an Individual Lightning Lane Selection pass. However, Guests do not need to purchase Disney Genie+ to purchase a la carte Individual Lightning Lane attractions.

Will you miss these breakfast options at this Disney hotel? Let us know in the comments down below!