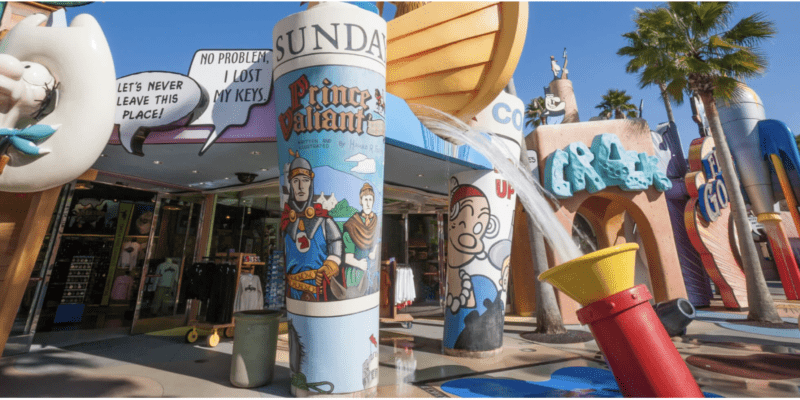 A beloved Universal Orlando Resort attraction was set to reopen today, but that hasn’t been the case just yet.

Universal Orlando has been in the midst of refurbishing several fan-favorite attractions over the past few months. At Universal Studios Florida, Revenge of the Mummy closed for a lengthy refurbishment that will see the dark-coaster closed until late summer 2022. In addition, Shrek 4-D closed permanently and a rumored Minions-themed attraction is set to take over the space.

Jurassic Park River Adventure was the first to undergo the scheduled maintenance period, closing for three weeks beginning in Janaury. After that, Dudley Do-Right’s Ripsaw Falls closed for three weeks in February.

Popeye & Bluto’s Bilge-Rat Barges was next.

The beloved attraction closed in late February and was scheduled to remain closed through Friday, March 18. It was slated to reopen today, but that has not happened yet.

The Universal Orlando app lists the beloved water attraction as “closed” and no official word has been given for when the ride will reopen. It should be noted that Jurassic Park River Adventure was originally supposed to reopen on a Saturday and due to weather and construction delays, the attraction didn’t open until two days later on Monday afternoon.

Do you miss riding Popeye & Bluto’s Bilge-Rat Barges at Universal Orlando Resort? Let us know in the comments.