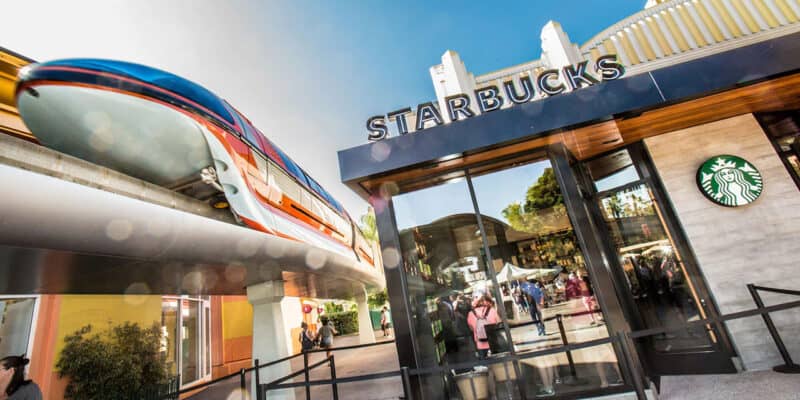 Since Starbucks was founded in 1971 — the same year Walt Disney World Resort opened to the public — it has been serving coffee to the masses in now-iconic white paper cups.

Now, however, the coffee purveyor has confirmed they will be phasing out their classic cups. Per a CNN report:

“Our cup is ubiquitous, and we love that,” said Michael Kobori, Starbucks chief sustainability officer. “But it is also this ubiquitous symbol of a throwaway society.”

The best solution? “Eliminating the disposable cup,” Kobori said. He called that option “the holy grail.”

Related: Guests Wait OVER an Hour For Starbucks at Disney California Adventure

CNN’s article went on to note that by 2025, the coffee giant “wants every customer to be able to either use their own mug easily or borrow a ceramic or reusable to-go mug from their local Starbucks. That could mean rolling out more borrow-a-mug programs that require a deposit.”

This is big news for Disney Parks Guests who don’t always travel to Walt Disney World Resort, Disneyland Resort, and international Disney theme parks with their own mugs. Within a few years’ time, a reusable mug may become a staple on Disney packing lists because it is unlikely that Guests will borrow mugs and sit with their beverages when they have Parks to explore.

Most Park-goers will attest that there’s nothing like a latte on Main Street, U.S.A. with a view of Cinderella Castle or Sleeping Beauty Castle in the background.

When Starbucks began its partnership with Disney — the first Disney Parks Starbucks location opened at Disneyland Paris’s Disney Village district in 2009 — it was truly a match made in heaven (or maybe Orlando by way of Seattle) — for Disney fans.

Walt Disney World Resort and Starbucks have a particularly special connection. Both started in 1971 and celebrated their 50th anniversaries this year. Now, in addition to the themed Starbucks locations — like Creature Comforts at Disneys’s Animal Kingdom and Main Street Bakery at Magic Kingdom — there are Starbucks locations at Disney Springs in Orlando and Downtown Disney in Anaheim!

What do you think about Starbucks phasing out its iconic cups?