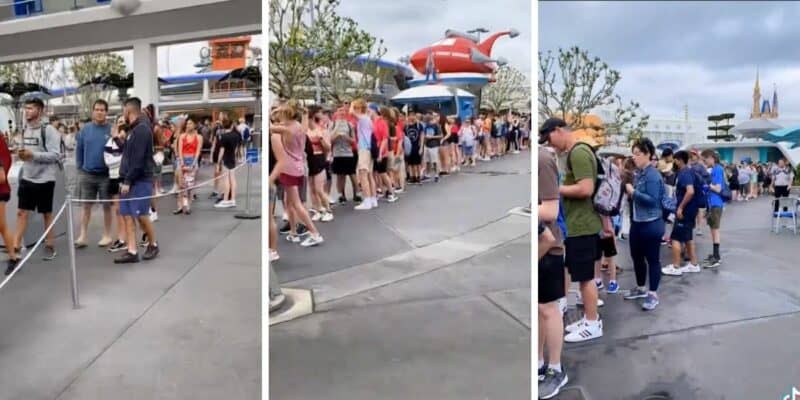 Now, as spring break continues, the ride lines at the Walt Disney World theme parks are extended outside of the normal queue area and into the lands. A few weeks ago, we reported on the Space Mountain line completely taking over Tomorrowland, and now that is happening once again.

On a recent Walt Disney World vacation, one TikTok user took to social media to share a video of the current Space Mountain line, which extended outside the normal queue area and past the Cool Ship snack stand. In fact, the line almost reached the Tomorrowland Speedway!

Have you visited the Disney Parks lately? Are you shocked at the current spring break crowd levels? Let us know in the comments below.