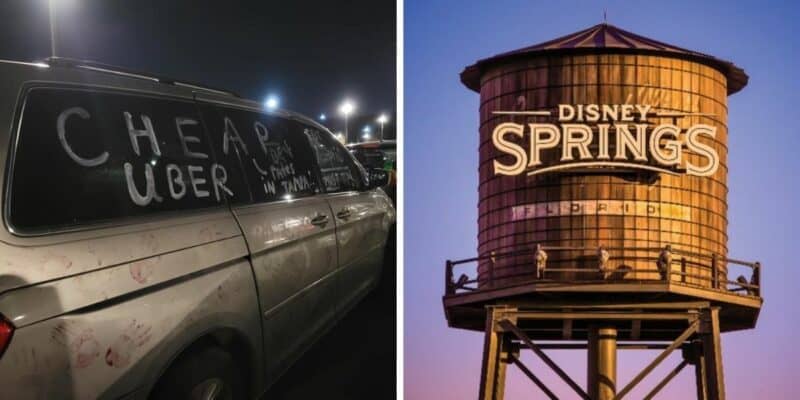 A very sketchy van was spotted in the Disney Springs parking garage a few days ago. Here’s what you need to know and more importantly, why we are raising awareness on this situation.

We want to begin by stating that human trafficking is a very real and serious issue. In fact, Florida, California, and Texas have some of the highest rated human trafficking cases in the United States. Speaking to Florida, specifically, there were multiple cases reported in Northwest Florida within the last year, including with children.

According to the United Nations, human trafficking is defined as:

Human Trafficking is the recruitment, transportation, transfer, harbouring or receipt of people through force, fraud or deception, with the aim of exploiting them for profit. Men, women and children of all ages and from all backgrounds can become victims of this crime, which occurs in every region of the world. The traffickers often use violence or fraudulent employment agencies and fake promises of education and job opportunities to trick and coerce their victims.

With this being said, human trafficking can happen anywhere, including at theme parks such as Walt Disney World. In fact, there was a sketchy van spotted in the Disney Springs parking garage that said “Cheap Uber, Best rates in Tampa” along the side, which could have been an indication of human trafficking.

On the back, the words “Blondes only” were written, which you can see in the photo below.

It seems as though this van may have been a joke as there are Barbie dolls taped to the back of the van, and what looks like fake handprints in red paint scattered alongside the van.

At this time, we are unsure if this van was reported to Disney Springs security or Florida officials, but if you ever see something like this, whether it is presented as a joke or not, please report it to the appropriate Cast Member or authorities.

Again, we want to make it very clear that human trafficking is real and present and is not a joke. You can reach the National Human Trafficking Hotline at +1 888-373-7888 or visit the official website here.

You can learn more about human trafficking and raise community awareness through the Look Beneath the Surface campaign.