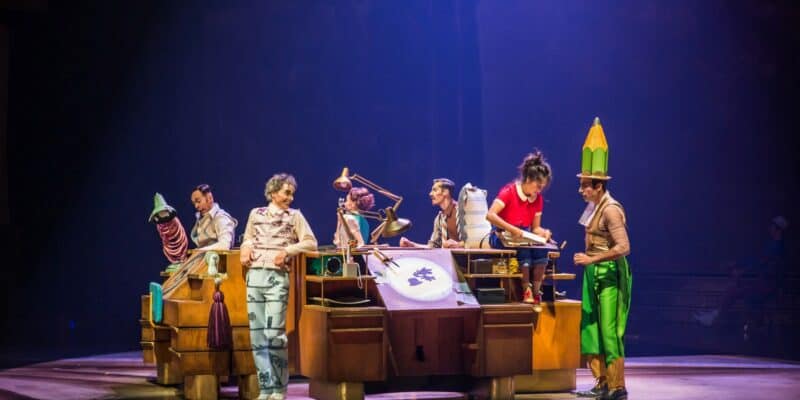 One of the unique portions of Walt Disney World Resort is the fact that there are experiences to enjoy even outside of the Disney Parks.

Drawn to Life Presented by Cirque du Soleil & Disney is a popular entertainment show that just opened this past year at Disney Springs.

Apparently, the experience was having some technical difficulties on Thursday evening that led to cancellation just minutes before showtime.

Twitter user @VelociJP shared that they had been waiting quite a while for the show to begin at Disney Springs, but found out that it had been canceled just 35 minutes before showtime.

Been at Disney Springs for 3 hours waiting to see Cirque du Soleil Drawn to Life anddddddd they just cancelled the show 35 minutes before showtime… pic.twitter.com/uwwk3RtCRg

There has been no official word on what caused the cancellation, but users on Twitter said that Disney Cast Members came out to the lobby to announce that the show was canceled due to “unforeseen circumstances” and that refunds would be issued.

While it was certainly disappointing for those who wanted to see the show on Thursday, the hope is that any technical issues can be worked out and that everyone is okay. There are two shows currently scheduled for tonight and Saturday night.

In addition to “Drawn to Life,” there are many more experiences to enjoy at Disney Springs including Star Wars Galactic Outpost, and much more.

Have you seen “Drawn to Life?” Let us know your thoughts on the show in the comments.