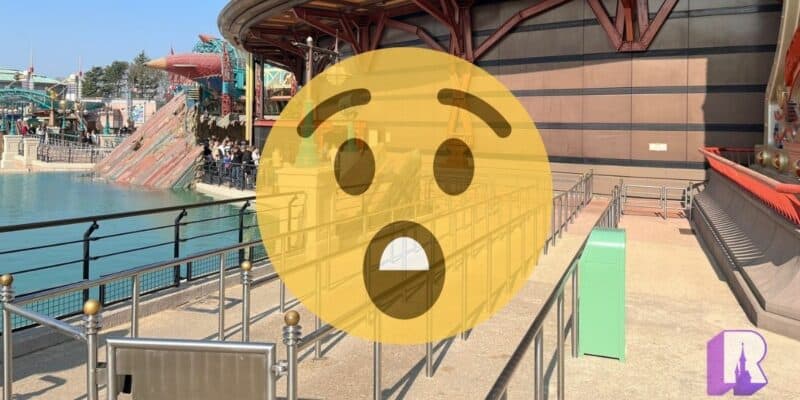 As the world fights the ongoing pandemic, and as the Disney Parks continue to update and modify its safety protocols, one Park is removing the plexiglass on certain attractions.

A few days ago, we reported on plexiglass being removed from the entire Big Thunder Mountain queue and loading area at Disneyland Paris. Now, more attractions are doing away with the pandemic protocol.

One protocol Disney also implemented was the installation of plexiglass on several different attractions and in queue areas. As the world fights the ongoing pandemic, and as the Disney Parks continue to update and modify its safety protocols, Disneyland Paris is continuing to remove the plexiglass on certain attractions.

Last year, Disneyland Paris began removing social distancing markers from around its theme parks, and now the Park is removing plexiglass from attractions.

DLP Report took to Twitter to share that the plexiglass has disappeared from the entire Buzz Lightyear Laser Blast and Hyperspace Mountain queue and loading areas! Per DLP Report:

The celebrations kicked off on March 6, 2022 and will allow Guests to “dream bigger, laugh louder and smile wider than ever before” as they immerse themselves into a spectacular and “one-of-a-kind 30th anniversary wonderland.”

In regards to the U.S, Parks, last summer, a number of places around the Walt Disney World Resort removed the plastic barriers, but many attractions still feature the safety feature. Inside the Magic will update you as more plexiglass is removed from the Disney Parks.

Are you happy to see the plexiglass being removed at Disneyland Paris? Do you hope Disney World and Disneyland are next? Let us know in the comments below.

Comments Off on Photos: More Plexiglass Removed From Disney Attractions