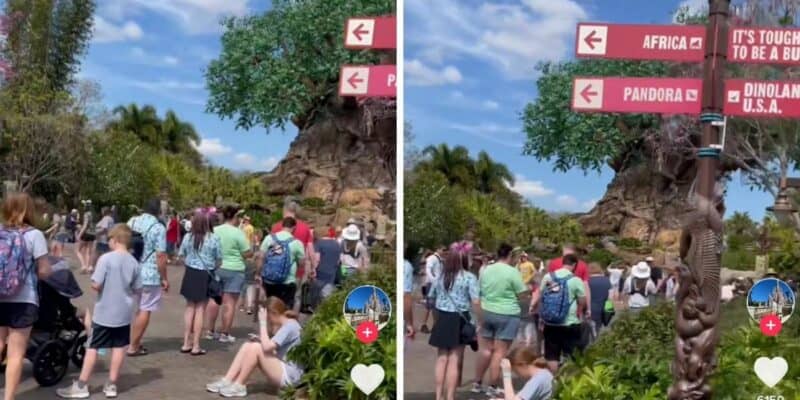 If you are planning to visit Walt Disney World, be aware that spring break crowds have already arrived.

We recently wrote on the current spring break crowds at Orlando International Airport, and now we are seeing them appear at the Walt Disney World theme parks as well, including Magic Kingdom, EPCOT, Disney’s Hollywood Studios, and Disney’s Animal Kingdom.

As seen in the photo above and video below, TikTok user @magictreatsbyivanna visited Walt Disney World and saw an insane line that formed at the front of Disney’s Animal Kingdom for a PhotoPass photographer.

♬ Circle of Life – Furnace and the Fundamentals

We only suspect these crowds to continue as we approach spring break and summertime, both of which are popular travel times for families and vacationers.

Do you have plans to visit Walt Disney World soon? Let us know in the comments below.