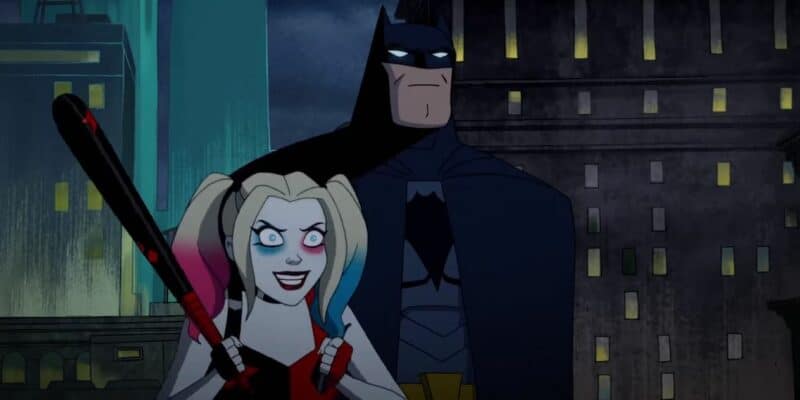 Earlier this week, MCU and DC Director James Gunn announced that he would be appearing as himself in Season 3 of the Animated Series Harley Quinn. Beyond the entirely meta-casting choice, it seems that more characters are being added to the new season of the highly successful animated series. Up and coming Harvey Guillen has been cast to voice the role of Nightwing in the new season. Guillen is famous for his role in fellow comic book aficionado Taika Waititi’s series What We Do in the Shadows where he plays Guillermo De La Cruz, a man who has discovered hidden vampire killing talents after being a vampire familiar for many years. The role of Nightwing in the comics is recognized as Dick Grayson (otherwise known as Robin) after he and Batman go on their own crime fighting paths.

Harley Quinn follows the popular title character Harley Quinn (voiced by Kaley Cuoco) after she has broken up with The Joker (voiced by Alan Tudyk) and is on a journey to create her own identity in Gotham City. The animated series also features the voice talents of Lake Bell (voicing Poison Ivy), Tony Hale (Dr. Psycho), Ron Funches (King Shark), JB Smoove (Frank the Plant), Jason Alexander (Sy Borgman), and Jim Rash (Riddler).

The animated series is very much adult oriented, filled with blood and crude jokes. It makes sense that dark comedy stalwarts like James Gunn and Harvey Guillen would make appearances in the show. Gunn is on a hot streak of raunchy, action-comedy hits with The Suicide Squad premiering to rave reviews during late summer of 2021 and expanding his universe of misfit villains in the HBO Max series Peacemaker which follows John Cena’s character Peacemaker as he recovers from the events of The Suicide Squad and tackles life-threatening missions of his own in the 8 episode event.

Harley Quinn was brought to life by Margot Robbie in 2016 in David Ayer’s version of Suicide Squad and the character immediately grabbed the attention of audiences world-wide. Robbie would reprise this role two more times, Birds of Prey and most recently in Gunn’s version of The Suicide Squad in 2021.

As for the animated version of Harley Quinn, no release date has been set for season 3. As more Hollywood A-Listers are added to the cast list, the demand for the new season will only grow.

What other DC Villains do you want to see in Harley Quinn?

Comments Off on Harley Quinn Changing the DC Universe