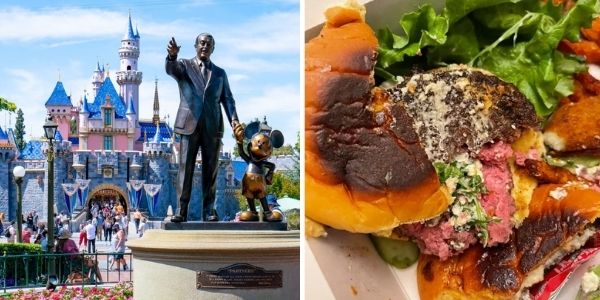 Recently, a troubled Disneyland Guests ran to social media, warning others after having a not-so-great dining experience.

While Disneyland has an incredible collection of exciting rides and attractions, many Guests opt to visit the Disney Resort for the delicious food and snack options. From churros to Mickey Bars, Guests can indulge in some truly tasty treats. However, one troubled Disney Guest went to social media to warn others after ordering a burger and having it show up completely raw.

In the post, the Guest (u/uneducatedguess86) shared a picture of a burger they ordered from Black Tap Burger at Downtown Disney:

Burnt, yet somehow raw burger. Stay away from Black Tap Burger on DTD. Yuck. from Disneyland

In the comments, some users shared their similar experiences with raw or lackluster food in the Disney Parks. One user said that this was definitely not normal and they would have said something. While the image of the raw food may have tainted the overall dining experience, one user said they had a similar experience and the staff was more than happy to prepare them a new burger. Another said that they have eaten at the restaurant multiple times with no issue. One user agreed, saying this is not normal and they have many great experiences at this restaurant. Another user said that any potential food poisoning could ruin any vacation.

Black Tap Craft Burgers & Shakes opened a few years ago in the Downtown Disney District at the Disneyland Resort and offers patrons burgers, milkshakes, and other “delish dishes” at this throwback-style eatery. More on the restaurant below:

Treat yourself to mouthwatering meals amidst décor that harkens back to the days of old-school hip-hop and pop.

Bring the heartiest of appetites to Black Tap Craft Burgers & Shakes, a brand-new bistro in the Downtown Disney District featuring quality food for all. An homage to the great American luncheonettes of our childhoods, Black Tap keeps it real with a fun, familiar, New York City vibe, circa the ‘80s and ‘90s.

Sink your teeth into a savory selection of craft burgers, including the award-winning Greg Norman—one heavenly half-pound of wagyu beef, house buttermilk-dill, blue cheese and arugula. Like nothing you’ve ever tasted, this fan favorite won “People’s Choice” at the New York City Wine & Food Festival for 3 years in a row! Other options include chicken sandwiches, wings, salads, vegan sandwiches and veggies as well as a kids’ menu.

It is important to note that this Guest ordered ther food “to-go” meaning they were not able to complain or let the staff and cooks know about this issue.

While the experience of the Guest is unfortunate, the majority of users who have eaten at this restaurant found it to be delicious and have visited multiple times. In the past, we have covered other Guests receiving quite “lackluster” food. We recently wrote several stories on the seemingly shrinking portion sizes across the Walt Disney World Resort.