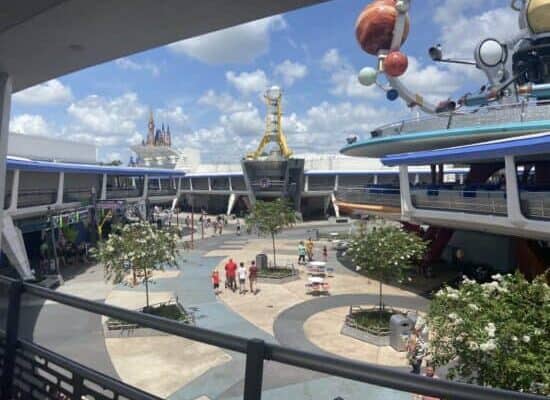 Celebrities aren’t the only ones who can shut down an entire Disney World theme park as just recently, a Walt Disney World Guest shut down all of Magic Kingdom just for themselves (plus their friends and family).

In the past, we have seen celebrities such as Kylie Jenner shut down an entire theme park attraction so that she and her family could ride the attraction alone. But celebrities aren’t the only visitors who get V.I.P. treatment.

Recently, one Guest shut down all of Magic Kingdom so that she and her friends and family could celebrate her wedding after-party in style!

Have you ever dreamt of having a Disney Fairy Tale Wedding? Have you imagined standing in front of Cinderella Castle at Magic Kingdom, or the Tree of Life at Disney’s Animal Kingdom while saying “I do”? Or maybe you would prefer getting married somewhere in World Showcase at EPCOT? There are so many Disney destinations to choose from for your special day.

One couple recently got married at Walt Disney World and for the after-party, they shut down an entire theme park!

One of the couple’s friends posted a video to TikTok showing them entering an entirely shut down Magic Kingdom theme park for their wedding after-party. The video reads:

My friend shut down Disney World for her wedding after party and it was the best thing ever.

Will never be over it #disney #weddings #disneywedding

If you are looking to have a Disney Wedding, be sure to visit the Disney Fairy Tale Weddings website for more information and to get started.

Have you ever dreamed of having a wedding at Disney World? Let us know in the comments below.