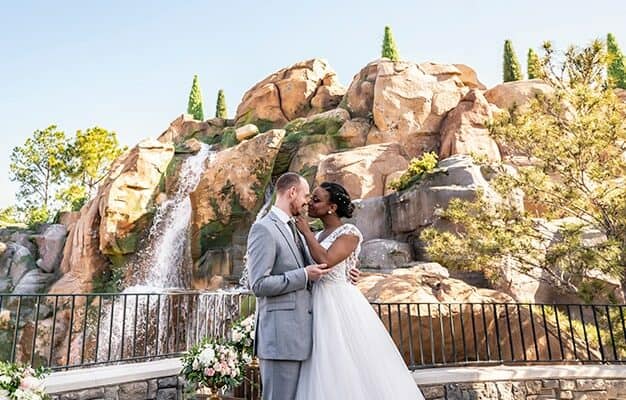 Have you ever dreamt of having a Disney Fairy Tale Wedding? Have you imagined standing in front of Cinderella Castle at Magic Kingdom, or the Tree of Life at Disney’s Animal Kingdom while saying “I do”?

Or maybe you would prefer getting married somewhere in World Showcase at EPCOT? There are so many Disney destinations to choose from for your special day, but now there is one more as Disney’s Fairy Tale Weddings has just announced they are expanding venue locations!

Previously, those wishing to get married in World Showcase at EPCOT could choose between Canada, Italy, Germany, Morocco, Japan, France, China, the American Adventure, or even at the The Seas with Nemo & Friends pavilion located in what used to be known as Future World.

But ever since the France pavilion expanded, which is now home to the new Remy’s Ratatouille Adventure attraction, Disney Weddings is also expanding — adding this new location to their venue list!

As a team, we’re always looking for opportunities to grow our collection of wedding venues and with the recent expansion of the France Pavilion at EPCOT, we had the chance to do just that!

Located inside the expanded France Pavilion at EPCOT, couples can now exchange vows in this romantic Parisian setting. Surrounded by a cityscape of mansard roofs, cobblestone walkways, a view of a replica of the Eiffel Tower and the pavilion’s central fountain at its heart.

One of the added bonuses of having your Disney wedding at a World Showcase pavilion is ending your big night with EPCOT’s newest nighttime spectacular, Harmonious!

If you are looking to have a Disney Wedding, be sure to visit their website for more information and to get started.

Are you excited to see Disney Weddings expand their venue locations to include the France expansion? Let us know in the comments below.