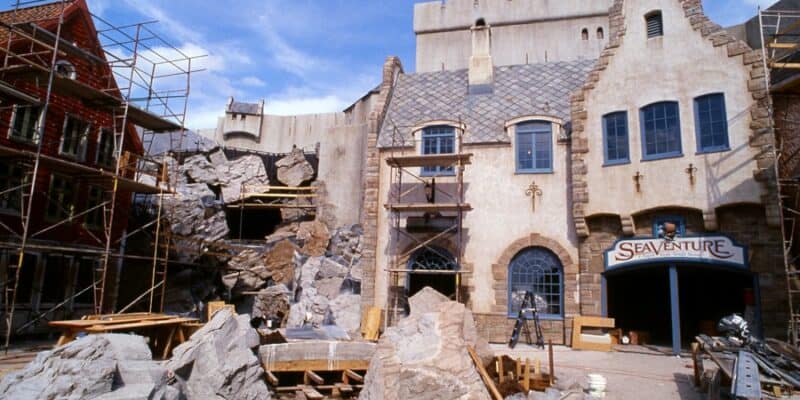 As Disney fans and Guests alike anxiously await the several exciting attractions coming to the Parks very soon, some can’t help but remember the attractions that may have been lost to time.

As mentioned, the Walt Disney World Resort has several big-ticket rides opening soon, with the Magic Kingdom getting a TRON roller coaster in the Tomorrowland section of the Park as well as EPCOT getting a new Guardians of the Galaxy themed ride. However, while exciting, some fans miss the old extinct rides that Disney used to offer. And speaking of EPCOT, there are quite a few attractions Disney fans want to make a return to.

EPCOT has a rich history unlike any of the other three Parks at the Walt Disney World Resort. Short for “experimental prototype community of tomorrow”, EPCOT was designed and envisioned as a futuristic utopia, filled with innovative ideas and compelling solutions to issues like public transportation. Over the years, this mantra faded a little with each decade until reaching a point of desperation. Disney’s answer to this was to completely overhaul major sections of the Park, turning them into different “communities”. This remodel project was announced several years ago and work continues on the project to this day.

While exciting, some Disney fans couldn’t help but remember and miss some of EPCOT’s defunct rides and attractions while seeing this remodel project take place. A recent post online highlighted how the DIsney community felt about EPCOT and its history of beloved rides. A poll was created in which over 1,000 Disney Guests and fans voted for what EPCOT attraction they would like to see make a return one day. The choices in the poll included

Universe of Energy, a tour through history that was hosted by Ellen Degeneres before closing:
Illuminations: Reflections of Earth, the acclaimed nighttime show in the center of the Park:
Center of Future World, the section which hosted a variety of experiences and attractions:
Captain EO, the ambitious film/musical staring Michael Jackson:
And the winner, Malestrom:

The pick with the most votes went to Maelstrom, a Viking-inspired trip through Norwegian culture and mythology. While the ride never garnered huge wait times, it became a cult classic within the Disney community as it served as both an educational adventure as well as a fun water-based flume ride. In 2016, the ride was closed forever and was replaced with Frozen Ever After. The track and pace of the ride were identical, only with Frozen theming instead of scary Vikings trolls.

This discussion is similar to a story we just wrote about Disney bringing back another defunct attraction. This time the attraction was a little more terrifying. Called ExtraTERRORestrial Alien Encounter, this dark and intense experience placed Guests in a thrilling story involving an absolutely horrifying alien. More on that here.

While EPCOT’s history is rich and packed to the brim, the future looks possibly even brighter, with several amazing new additions heading its way. Unfortunately, the ongoing COVID-19 pandemic has halted several planned projects and construction, meaning a finalized date remains to be seen. In the meantime, we will be getting ready to ride Guardians of the Galaxy: Cosmic Rewind when it finally opens sometime this summer!

What attractions would you like to see make a return? Let us know in the comments below.