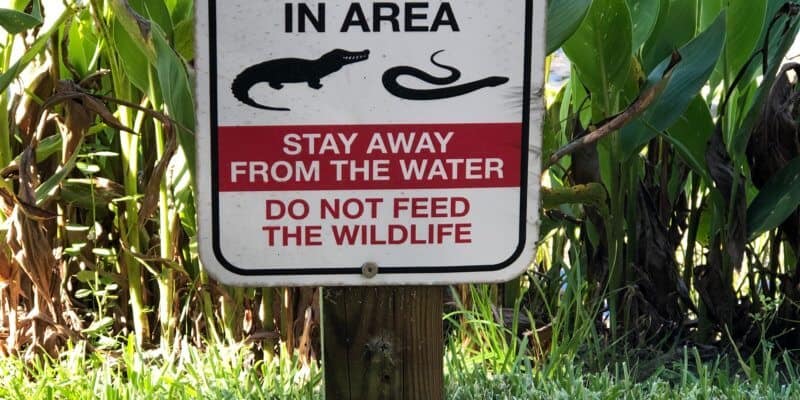 “Snakes. Why’d it have to be snakes?”

Walt Disney World Resort is known as the “most magical place on earth,” but even Disney World can’t completely control natural occurrences like the weather and wild animals that inhabit the Florida area.

It is no secret that Guests and Cast Members alike have reported sightings of both alligators and snakes from time to time at different spots at Walt Disney World.

In 2016, a family sued Disney World after a snake allegedly fell from a tree and onto an elderly woman. She suffered a fatal heart attack and the son was bitten. On a more light-hearted note, a wild snake was spotted entering the Gorilla enclosure at Disney’s Animal Kingdom last summer. The footage sees a young gorilla idly sitting at the glass window when something catches its eye. It circles around slowly, not quite sure what hides in the straw at the corner of its home. Soon after, another gorilla approaches to join the search and that’s when chaos erupts.

While spotting a snake is rare, occurrences do happen.

TikTok user @brandyrubindisney recently shared that there “a lot of snakes” that call Walt Disney World Resort their home.

After talking with a Walt Disney World Imagineer, the user says that they learned that snakes live inside the Disney Parks just about near any body of water. This includes places like water attractions, Frontierland, and their alleged “favorite hideout spot” Splash Mountain.

That’s right, the next time you board Splash Mountain, you may want to be on the lookout for critters other than Brer Rabbit, Brer Fox, and Brer Bear.

While it certainly should be something to keep in mind, encountering a snake at Walt Disney World Resort is rare, that is unless you’re Indiana Jones. If you do encounter a snake, you should remain calm and move away from the snake, many may not be dangerous at all, but letting a Cast Member know you spotted one is good practice!

Have you ever encountered a snake at a Disney Park? Let us know in the comments!