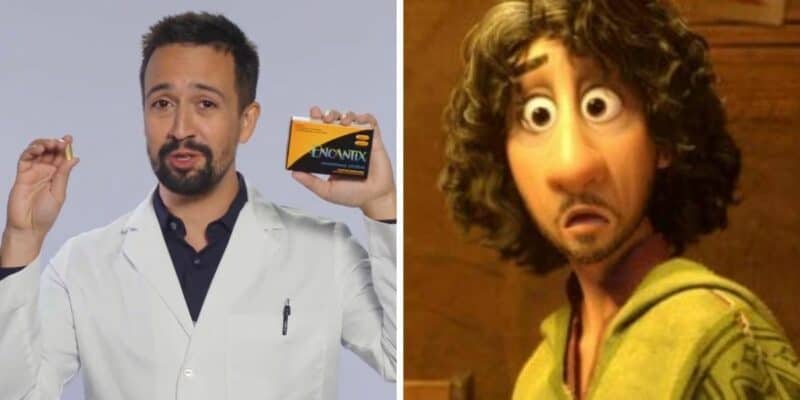 It is no surprise that Encanto (2021) has become one of the most popular Disney animated films with its heartwarming story and insanely catching music created by legend Lin-Manuel Miranda. Miranda has also worked with Disney on multiple other projects like Moana and Mary Poppins Returns, and of course, created Tony award-winning musical Hamilton, available on Disney+.

We are even seeing the IP bleed into the Walt Disney World Parks. A new Encanto-inspired garden has been unveiled as part of the EPCOT International Flower & Garden Festival. The garden will let you explore a lush tropical jardín inspired by the movie (streaming on Disney+) and its strong female characters like Julieta, Isabela, Luisa, and of course, Mirabel. You can also stroll around a path inspired by the youngest member of the Madrigal family, Antonio.

But, has Encanto‘s popularity gone too far?

During Jimmy Kimmel Live, a sketch comedy was debuted with Lin Manuel-Miranda creating the solution to getting “We Don’t Talk About Bruno” out of your head. Encantix, displayed as a new drug, is presented by Miranda, head of Bruno Pharmaceuticals. He poses Enacantix as the solution to carrying on with your life even if you can’t get Encanto’s music out of your head. A hilarious customer testimonial shows a mom who states that their family was listening to “Bruno” 300-400 times and day, and with Encantix they have it down to a solid 125! The drug is actually just an ear bud, and the ad is hilarious!

Are Encanto songs ruining your life? @Lin_Manuel Miranda can help!

What do you think of this hilarious sketch? Let us know in the comments below!