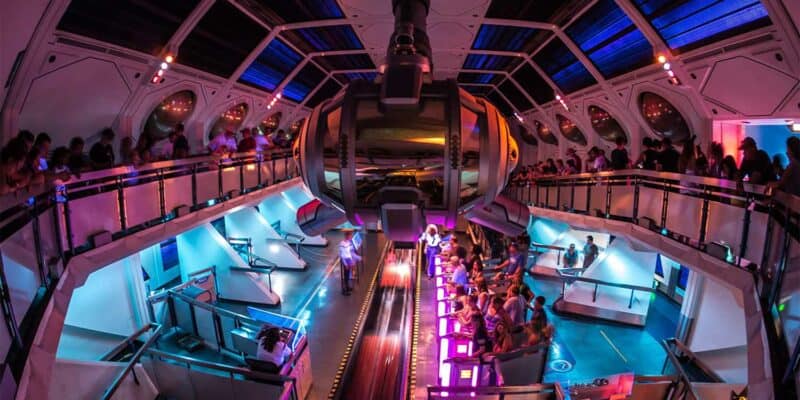 When visiting the Disneyland Resort, there is so much fun and magic to be had. With so many exciting attractions and great (although sometimes unhealthy) food options around every corner, it’s almost impossible to have a bad time! It is, of course, the Happiest Place on Earth!

However, sometimes glitches can happen, leaving Guests with a not-so-perfect experience at the Disney Parks. Whether it’s an unruly Guest, a fistfight on Main Street, U.S.A., or a ride breakdown, sometimes things aren’t so magical in Disney. Luckily, these instances are often small and momentary, and will not cause more than a small hiccup in a Guest’s day.

Recently, we got word through social media that one of the most iconic rides was forced to evacuate for a potentially scary reason.

In a post on Reddit, a popular social media site, one Guest shared their experience of being forced to evacuate off of Space Mountain at Disneyland yesterday. See the full post below from u/lebronismycousin:

Just had to leave Space Mountain queue after and alarm went off and a prerecorded message said to leave the building.

Anyone know what’s going on?

As you can see, the Guest claims that they had to leave Space Mountain after a prerecorded message played instructing them to leave the building. A few in the comments actually stated they were riding the attraction at the same time, claiming they had to be evacuated off the ride. While the actual reason for the evacuation is unknown, one user discussed how this could be due to Guests vaping or smoking.

This is of course against Disneyland’s policies for its Parks and attractions. Smoking tobacco or e-cigarettes is only prohibited in specified areas within the Parks. More on Disneyland’s rules here.

Fortunately, when something like this happens, Guests are usually able to get a sort of “FastPass” from Cast Members for the same ride or any other ride in the Park to make up for this situation. This would allow them to access the new Lightning Lane queue for a majority of the attractions.

More on Space Mountain at Disneyland:

Have you ever been evacuated off a Disney ride? Let us know in the comments below.