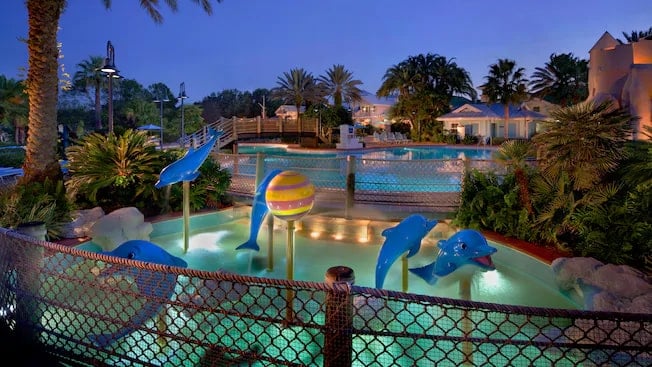 A new lawsuit has been filed against Walt Disney Parks and Resorts US Inc. and Disney Vacation Development Inc. regarding a 2019 incident involving Guests at Disney’s Old Key West Resort. Mr. and Mrs. Klinger are suing these departments of The Walt Disney Company for a six-figure sum after Mrs. Klinger severely injured herself while staying at the Deluxe Villa Resort.

The claim seeks retribution for the negligent behavior of Walt Disney Parks and Resorts US Inc. and Disney Vacation Development Inc. As seen in this public civil court document, the plaintiffs are seeking a monetary sum in excess of $100,000.00 for the alleged negligence of the defendant.

The complaint submitted by the Klingers reveals the incident that left Mrs. Klinger seriously injured at the Disney Resort. The public court records state:

On or about February 14, 2019, [Mr. and Mrs.] Klinger were guest of the Resort. On that day, Mrs. Klinger was injured while using the sandcastle water slide at the Resort pool. Mrs. Klinger impacted the floor of the pool with sufficient force to injure her.

As a result, Mrs. Klinger suffered a severe left ankle injury including ligament tears which required surgical intervention. Since the initial surgery, Mrs. Klinger has been diagnosed with chronic regional pain syndrome as a result of the incident.

The complaint clearly states that at all times Disney Parks owned and operated the attraction at Disney’s Old Key West Resort and that they, solely, are responsible for Mrs. Klinger’s injury.

Defendant, DISNEY PARKS, as owner or operator of the Resort, owed Mrs. Klinger a duty to maintain its premises in condition that was safe for all guests through the use and implementation of regular inspections, repair procedures, maintenance and follow-up and to correct dangerous conditions of which it either knew or should have known existed by the use of reasonable care.

The list of Disney Parks’ breaches of health and safety are listed below, per the documents:

Defendant, DISNEY PARKS, breached its duties in one or more of the following ways:

a. Failing to maintain the sandcastle water slide in order to avoid the amount of water to increase the speed beyond the recommended standard;

b. Failing to maintain the depth of the catch pool;

c. Failing to have a proper angle for the exit flume;

d. Failing to instruct users of the proper body position; and

e. Failing to include adequate warnings regarding user body position.

…sustained pain and suffering, mental anguish, emotional distress, permanent injury, loss of wages, incurred medical expenses, and has sustained a loss of the capacity for the enjoyment of life in the past and will incur these losses in the future.

The complaint submitted by attorney Garay Law shows that the plaintiffs demand a jury trial.

Unfortunately, this isn’t the only time a Guest has been injured on Disney Park property. Another current lawsuit shows that one Guest fell after visiting House of Blues at Disney Springs, resulting in injury and disfigurement, while other popular locations like Universal Orlando Resort has also faced its own health and safety litigation.

What are your thoughts on this subject? Let us know in the comments down below.