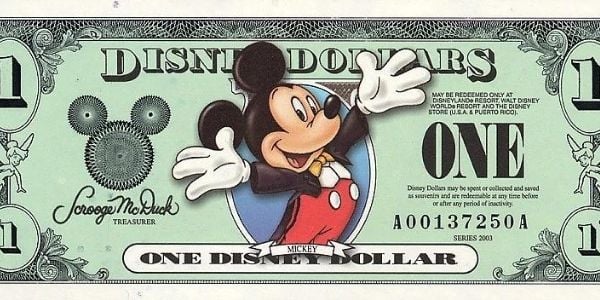 When enjoying a day at the Disney Parks, it’s sometimes hard to imagine what could make it any better.

From exciting rides and attractions such as Space Mountain and Pirates of the  Caribbean to delicious food and great entertainment, the Disney Parks really offer some great fun. Disneyland is regarded by many to be the complete Disney Park package, as it was the first Park to open as well as the only one Walt saw completed before passing.

Because of this, the Park is filled with a special kind of magic only found in the Southern California Park.

Recently, one Disneyland Guest saw quite a magical “donation” to one of the ponds in Disneyland, spotting a sizeable bill in the water. See where u/snowace56 found it below on Reddit:

As you can see, the body of water part of Big Thunder Mountain’s queue is filled with small change which is not surprising, but the Guest spotted a $100 bill in the water as well, which is almost more than what most Guests would spend on a whole day of food at the Parks.

The comments were filled with surprised reactions, wondering what exactly someone might do on purpose. Several Guests claimed that they would jump in to get it. Some were convinced it had to be a fake bill put there to trick other people.

This is a common occurrence at the Disney Parks and we’re sure if you’ve ever visited them you’ve noticed several rides being filled with loose change such as “it’s a small world”, Pirate of the Caribbean, and even Expedition Everest.

While this may seem wasteful, Disney actually does donate the loose change (and bills) in these bodies of water to charities so the money doesn’t go to waste. It is, however, shocking and very generous for someone would intentionally throw a bill that large into the water at a theme Park.

Would you toss a $100 bill into the water at Disney? Let us know in the comments below.