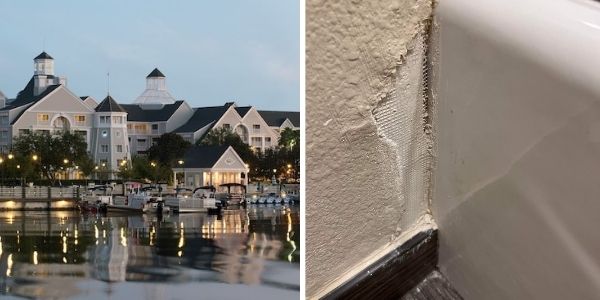 If you are lucky enough to be staying on Walt Disney World property, you are in for a really magical treat.

Whether it’s Disney’s Polynesian Resort or Pop Century, all of the Disney hotels have something special to offer Guests who can stay there. First off, you have transportation access, including Disney’s new Skyliner, which is absolutely amazing.

You also have access to some great Disney Resort restaurants such as ‘Ohana at the Polynesian, 1900 Park Fare at Disney’s Grand Floridian Resort & Spa, and Flying Fish at the Boardwalk. Unfortunately, sometimes some work needs to be done at these hotels, with some requiring more work than others.

Related: ‘Guardians of the Galaxy’ Coaster May Not Be Available For Everyone When It Opens

Because of the age of some of these hotels on Disney World’s property, maintenance is needed for certain aspects, as well as updated amenities. However, it can be quite difficult to keep track of all hotels and rooms, with refurbishments taking quite a while to complete.

We recently were notified of a Guest’s shockingly-low quality room at one of the “nicer” hotels on the Walt Disney World Resort. Christa M., a loyal Disney fan who travels multiple times a month, recently provided us with pictures and their experience of staying at Disney’s Yacht Club Resort. See them below:

The Guest claimed that there were also problems with the air conditioning unit and a broken TV. They also claimed that the manager they talked to at the Resort couldn’t care less about the room’s current state. We are unsure if they tried to reach anyone else at the Disney Parks. They said that their frequent trips have been cut back due to the problems they have faced when staying at this specific Resort.

We are unsure if Disney is planning on a refurbishment of Yacht Club Resort, but if these pictures are any indication, the hotel could definitely use some work, especially considering it’s one of the pricier options at the Walt Disney World Resort.

Have you ever encountered rooms needing maintenance at Disney World? Let us know in the comments below.