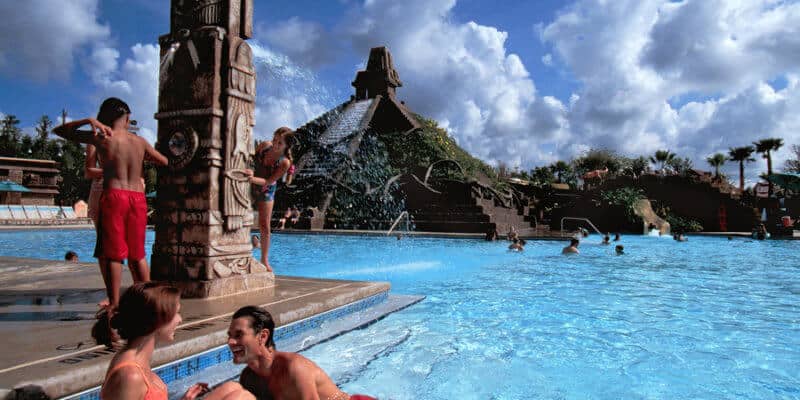 We have seen some price increases at Walt Disney World as of late, and now, it seems one Disney Resort has raised the cost of their kids meals by nearly double the amount.

Recently, it seems one Guest made the discovery that the kids meals at Disney’s Coronado Springs Resort and Grand Destino have sky-rocketed in cost. After staying at Disney’s Coronado Springs Resort, it seems that this Guest had a fantastic experience, but warned others that the cost of their kids meals can really add up. Online, the Guest reported:

For some reason, in the food court the kids meals were double what they are at other resorts and quick service at the park. It was $13 for the kids waffle meal, and the kids mac and cheese meal. The same exact meal as at the other locations. This adds up with multiple kids if you like the convenience of meals at the resort.

The Kids’ Mickey-Shaped Waffles is being charged at $12.50 while the Kids Macaroni & Cheese is being sold at $13.00. We looked at Disney’s Grand Floridian’s Gasparilla Island Grill in comparison to El Mercado de Coronado and can see there is a big cost difference. The Kids Mickey Waffle meal sells for $7.29 and the Mac and Cheese is only $6.99. It seems that El Mercado de Coronado, however, kids do get a yogurt smoothie as an addition. Now, it is up to Guests to decide if that smoothie is worth nearly doubling the cost of the kids meal.

tarring Aerosmith on Sunset Boulevard. By the Chinese Theater, Guests prepare to ride Mickey & Minnie’s Runaway Railway. In Toy Story Land, Slinky Dog Dash always boasts a long line with others shooting their shot on Midway Mania or spinning their brains out on Alien Swirling Saucers. Of course, you have to visit Star Wars: Galaxy’s Edge for some blue milk, or green milk, and ride Rise of the Resistance and Smuggler’s Run!

What do you think about the current prices at Walt Disney World?