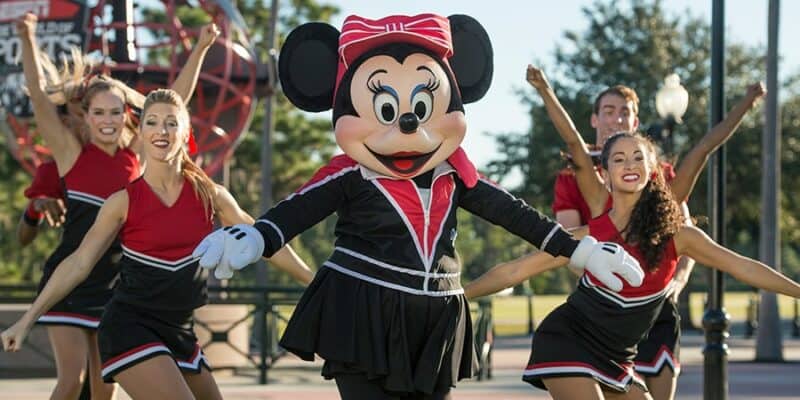 For years, Walt Disney World hosted Pop Warner cheerleaders for competitions, which drew in nearly 10,000 Pop Warner student-athletes and their families every December.

During one of these events, when the cheerleaders were visiting Walt Disney World for their competition, on their down time they would enjoy the theme parks — Magic Kingdom, EPCOT, Disney’s Hollywood Studios, and Disney’s Animal Kingdom.

While visiting the theme parks, the cheerleaders were informed by Disney Cast Members that they were not allowed to perform stunts of any kind, for their own safety plus the safety of those around them. Unfortunately, not all cheerleaders listen and decide to perform stunts anyway, including lifts, flips, kicks, and more.

One time, the cheerleaders were inside Disney’s Hollywood Studios, performing stunts, and several Cast Members had informed them to stop. They did not listen and continued doing lifts, backflips, and kicks in the middle of the Park, resulting in kicking and bumping into other Disney World Guests, including children.

Even after being approached by several more Disney Cast Members, the cheerleaders didn’t listen and continued to perform stunts. So, one Disney Cast Member decided to take a different approach and went up to the cheering group and complimented them.

The Cast Member ended up making small conversation and finding out what cheer group they were with, what all of the girls’ names were, and then called the cheerleading competition group to inform them of this cheer group not following the rules and even hurting other Guests while inside the Parks.

This resulted in every single cheerleader in that group being banned from performing in the competition.

As always, the rules and regulations at the Disney Parks are in place to keep yourself, and other Guests, as safe as possible. Please listen to the Disney Cast Members and report any suspicious behavior.