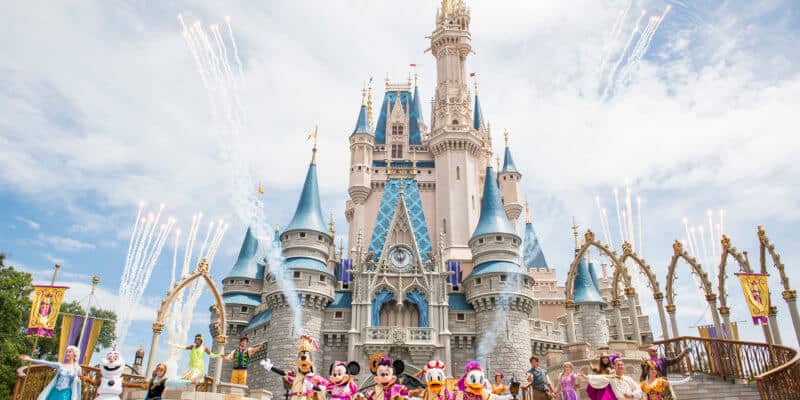 Texas cheerleader Gabrielle Langston went to a cheerleading competition at Walt Disney World last week and came back with a head injury after her family says she was hit by a flying umbrella while on Disney property.

Langston is a 13-year-old competitive cheerleader who had been practicing for several hours each day for her competition at the international tourist destination. “It’s Disney World. It’s exciting to be there. It means you’re the best of the best, competing against the best of the best,” Gabby’s mom Rebecca Langston explained. However, her trip didn’t go as planned after a freak accident, which landed the teen girl in the hospital.

The accident took place when Langston was arriving at the ESPN Wide World of Sports Complex for the event. According to WFAA, as the cheerleader was getting off of the bus with her teammates, a strong storm picked up a large wooden shade umbrella, which Langston’s coach saw flying through the air at Langston and another young girl.

Reportedly, the speed of the umbrella was so quick, bystanders could not keep the girls from being struck. The umbrella hit both of the girls in the back of their heads, leaving them bleeding and knocked to the ground. Langston says she blacked out after she was struck.

“She did not see the umbrella coming,” Rebecca Langston said. “It hit her from behind, knocked her down onto concrete steps.”

After the incident, Langston’s team was forced to compete without her while she was rushed to the hospital. According to WFAA, the teen cheerleader suffered a concussion, and the family says that doctors in DFW believe she will require physical and cognitive therapy as a result of any serious head injury.

Worst of all, the doctors had to share with Langston that she may no longer be able to take part in her favorite high-flying sport. “They said I probably cannot cheer anymore,” Langston said.

The Langstons report that the other teammate also suffered a concussion and needed staples.

“I’ve been told it’s Disney property. They were Disney umbrellas. It’s their duty to maintain and take care of them,” Rebecca Langston said.

According to WFAA, Langston believes Disney should pay for her daughter’s treatment and is asking for an apology from the company. She said she doesn’t want this to happen to another child who is there to make memories.

“We’ve reached out to the family to express our care and concern,” a Walt Disney World spokesperson said tonight when contacted by WFAA.