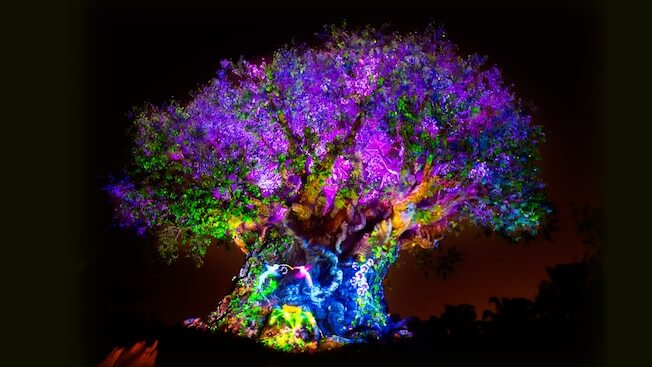 When Guests visit Walt Disney World, they look forward to a wide variety of rides, shows, and fireworks. Unfortunately, Disney World has been suddenly canceling some of its nighttime shows lately, including Disney Movie Magic and Wonderful World of Animation at Disney’s Hollywood Studios.

Now, another nighttime offering is canceled for two nights next month — this time at Disney’s Animal Kingdom.

Typically Disney World offers multiple nighttime shows, including Disney Enchantment at Magic Kingdom and Harmonious at EPCOT. Over at Disney’s Hollywood Studios, Guests can usually catch Disney Movie Magic at 8:40 p.m. on the Chinese Theater and Wonderful World of Animation at 9:00 p.m., however for the past few nights, Disney has pulled these two nighttime shows from the schedule.

Now, at Disney’s Animal Kingdom, the Tree of Life Awakenings are also being pulled from the schedule for select nights next month.

It seems the Tree of Life Awakenings will still show as scheduled for every other night in February and March.

Are you upset to see the Tree of Life Awakenings removed from the schedule? Let us know in the comments below.