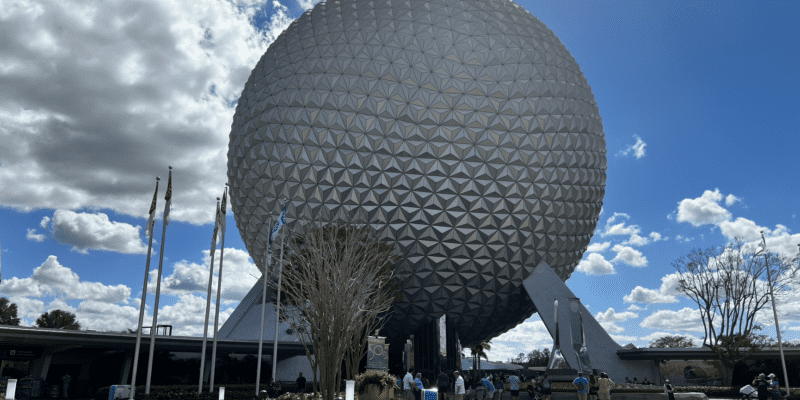 Although alcohol may be pricey at Walt Disney World Resort, you cannot bring in your own alcohol, or, chug a drink right in front of the Park.

Disney World has rules and regulations that Guests must follow from the moment they enter the property to the moment they leave. Because Disney is located on private property, the rules extend past Magic Kingdom, EPCOT, Disney’s Animal Kingdom, and Disney’s Hollywood Studios. This means that the moment you enter one of the seven entryways, you are instantly required to not only follow the law, but the rules that Disney has put out to both protect the magic, as well as Guests.

Failure to do so can leave Guests kicked out of the Park for the day, banned for life, and depending on the severity of the consequences, authorities can get involved. We have seen Guests banned for sharing backstage footage, promoting dangerous activities, using excessive vulgar language, inappropriate clothing, and more. Action has also been taken on Guests who have jumped out of their ride vehicle, such as the Guest who tried to steal a cucumber while riding on Living with the Land. Oftentimes, Disney does not take severe action right away, that happens when the Guest fails to comply with what they are told.

Today, it seems an altercation broke out at EPCOT! While going into the Park, we noticed that two Guests were each chugging a Truly beverage, which is an alcoholic drink that comes in a can. They were drinking this before they got into the Park, and pulled it out of their bag. Security noticed what the two were doing and quickly approached them. The officer then told the two that they would have to leave the property if they continued to drink the beverage. The two both stopped and handed the alcohol to the officer, who took them away. Because the two Guests apologized right away, severe actions and consequences were not had, aside from the moment of embarrassment that they faced while getting in trouble.

At the moment, EPCOT is gearing up for the International Flower and Garden Festival, and tons of construction is going on! Spaceship Earth now has the new Beacon of Magic lights illuminating the sphere and Future World is on the road to completion. Club Cool and the new Creations Shop is open to Guests as well as Remy’s Ratatouille Adventure in the France Pavilion! Guardians of the Galaxy: Cosmic Rewind will also debut this year! Plus, you can enjoy the stunning Harmonious show each evening!

Have you ever noticed someone trying to smuggle in alcohol into the parks before?