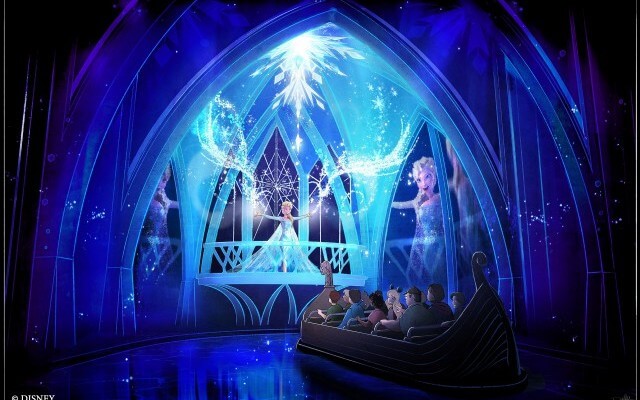 When Guests hop on a Disney World Resort attraction, hopping off of it before the ride is over is not usually something anyone expects.

Related: Sven and Olaf Hilariously Glitch in “Staring Contest” on Frozen Ever After

At times, Guests may go on a Disney attraction only to end up having to evacuate it. When a ride breaks down with Guests aboard, Disney will do their best to keep the ride moving after making a few tweaks. We often see this happen on omnimover attractions like Haunted Mansion at Magic Kingdom, where a themed voice will alert Guests that the ride has stopped but will be running once again shortly. But, there are also instances when Disney must evacuate Guests to ensure that they get off the ride safely. When this happens, rest assured Cast Members are highly trained, no matter what the attraction.

Some rides like Peter Pan’s Flight, which is in the air, or Pirates of the Caribbean, which is in water, can often be scary for Guests to evacuate, as they are doing something that is not meant to happen typically, and are not on a flat floor surface. Recently, it seems that Frozen Ever After evacuated Guests while going up on the incline of the attraction in EPCOT.

It looks like Anna and Elsa couldn’t help Guests out of this one. Witchygirl97 shared what it looked like when Guests exited the attraction while climbing up to Elsa’s palace. We can see the walls are lit without projections as the work lights flood the space. The author of the post also noted a Guest in a wheel chair had to evacuate, which seemed like a difficult process given the location.

To continue my saga of things going wrong…frozen broke and we’re being evacuated on an incline.

To continue my saga of things going wrong…frozen broke and we’re being evacuated on an incline. from WaltDisneyWorld

It seems that this was not the only time a Guest remembered Frozen Ever After malfunctioning.

OMG! I also got stuck right in front of Elsa (I think the mechanism that turns your boat and starts it backwards broke) on my honeymoon! We got evacuated through the mechanical bowels of the ride – which had some surprisingly steep stairs.

I got stuck right in front of the Elsa animatronic on my honeymoon. Luckily we didn’t have to be evacuated but my husband still won’t let it down about how I made him go on the ride and the animatronic lost her face but kept singing

Being a water ride, Frozen Ever After is always more difficult to maintain, plus the ride track is a lot older than the ride itself, being repurposed from the now-extinct Maelstrom.

Let it Go, All Over Again
Find a seat aboard your boat and let the lapping waters take you through a frozen willow forest.

Know Before You Go
This song-filled journey is a slow-moving boat ride with backward and forward plunges down short waterfalls. You may get wet!

Have you ever been evacuated from a Disney attraction? Let us know in the comments below!