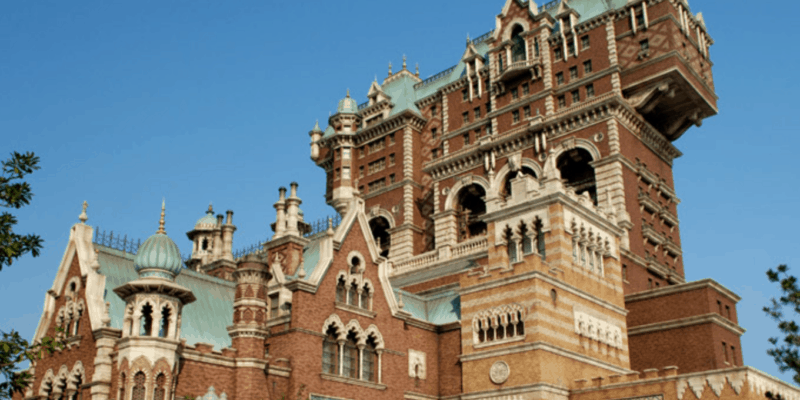 It has been a while ride following Disney Park news lately, with COVID-19 protocols, global supply chain issues, mask mandates, and anything else that has happened since 2020.

The world is a changed place for sure and the Disney Parks and Resorts have had their fair share of changes too. But one Disney Park is on track and slowly crawling back to a more  “normal” operation.

Tokyo Disneyland is an incredible Disney Park, featuring some truly stunning theming and amazing rides and attractions at both Tokyo Disneyland and Tokyo DisneySea. However, the Park has been operating at a pretty low capacity due to COVID-19. This is all about to change though, as an announcement was just made regarding the capacity.

A recent announcement from The Oriental Land Company filed us in on this change with Tokyo Disneyland’s capacity being increased.

Check out the full release below:

Today, February 28, we announced the release of the operation of Tokyo Disneyland / Tokyo DisneySea.

Tokyo Disneyland and Tokyo DisneySea have restricted the number of visitors based on the request from Chiba Prefecture during the period of priority measures such as prevention of spread after January 21 (Friday), but this time, Chiba As a result of consulting with Chiba Prefecture and making adjustments based on the description of the request from the prefecture *, it was approved that the limit on the number of visitors would be relaxed within the range not exceeding 50% of the accommodation rate. ..
In response to this, we have revised the upper limit of the number of visitors after March 1 (Tuesday) and decided to raise it in stages.
* Description of the request from Chiba Prefecture (Cooperation based on the Act on Special Measures for New Influenza, etc.)
Requests, etc. (February 10, 4th year of Reiwa) “)” If you wish to have more than 20,000 people at the facility where the infection control safety plan has been formulated and confirmed by the prefecture, the maximum number of people for the event will exceed 20,000. Only when the number of people does not exceed 50% of the accommodation rate, we will consult individually, especially if additional measures can be taken to reduce the risk of infection. “

Related: Disneyland President: Genie+ Allowed Guests To Do “Everything They Wanted To Do”

While the Park will only remain at 50% capacity, this is still a great step forward to getting the Disney Parks back to more normal operating procedures. Hong Kong Disneyland still remains in a troubled state with the Park’s opening being used back seemingly every week.

At Walt Disney World and Disneyland Resort, the Parks are still continuing to follow a capacity limit. Guests who want to enter any Park on either coast must have a Disney Park Pass reservation as well as a valid ticket. The biggest difference between the American Disney Parks and Tokyo Disney is that capacity limits are no longer being announced by Disney, so Guests have no idea what capacity the Parks are operating at. However, due to the increased crowds as of late, and the new cut of the mask mandates for vaccinated Guests, it seems likely that capacity is continuing to increase as time goes on.

Will you be visiting the Tokyo Disneyland Resort soon? Let us know in the comments below.