Disney CEO Bob Chapek On Metaverse: "Who Can Do It Better?" - Inside the Magic 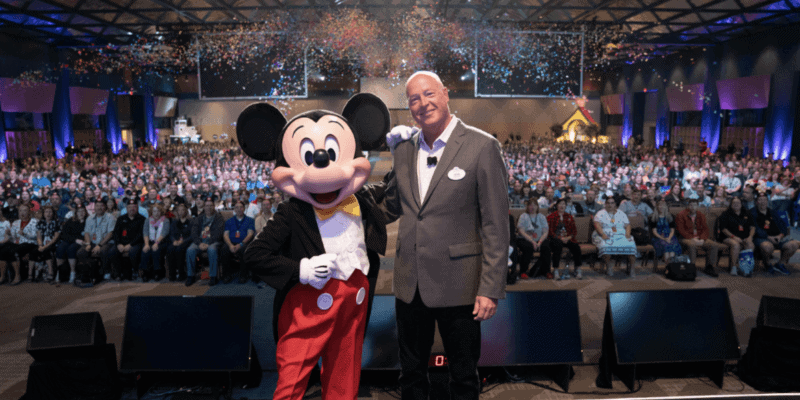 The Walt Disney Company recently announced that Disney Parks & Experiences had generated a massive $7.2 billion during the first quarter of 2022 at its first earnings call of the year this week.

Disney CEO Bob Chapek– though criticized for many Disney Park decisions, like the inception of Disney Genie+ and Lightning Lane, as well as alleged treatment of Cast Members— was happy to report the earnings to shareholders and said that he believes this is just the beginning.

As he looked forward to what’s next for The Walt Disney Company in the future, Chapek recently revealed more details about the creation of the “Metaverse” at Disney Parks during an interview with CNBC.

In the interview, Chapek shared that he believes no one could create this better than Disney.

I’m so excited about this. To me, it’s a third dimension of the canvas that we let our creative people paint. And it’s going to take all the great things that we as a media company have with Disney+ and use that as a platform for the metaverse but at the same time we have something that no one else has and that’s the physical world, a world of our parks. And so, if the metaverse is the blending of the physical and the digital in one environment, who can do it better than Disney?

Per our previous reporting, the Walt Disney Company was approved for a patent by the U.S. Patent and Trademark Office on December 28 for a “Virtual World Simulator” that will simulate a digital world with animated characters in a real-world theme park attraction without the need for any glasses, goggles, or smartphones. These 3D virtual effects could be used in real-world venues– like Disneyland Resort and Walt Disney World Resort– and could include animated characters along with simulated objects, props, artwork, and much more.

While Chapek didn’t expound on the specifics of what the Disney Metaverse will entail, it is likely that the company has plans to further connect consumers to their various brands — including Lucasfilm/Star Wars, the Marvel Cinematic Universe, and Pixar Animation Studios — within their own homes.

What do you think Disney Parks could do with a Metaverse? Let us know in the comments.

Comments Off on Disney CEO Bob Chapek On Metaverse: “Who Can Do It Better?”