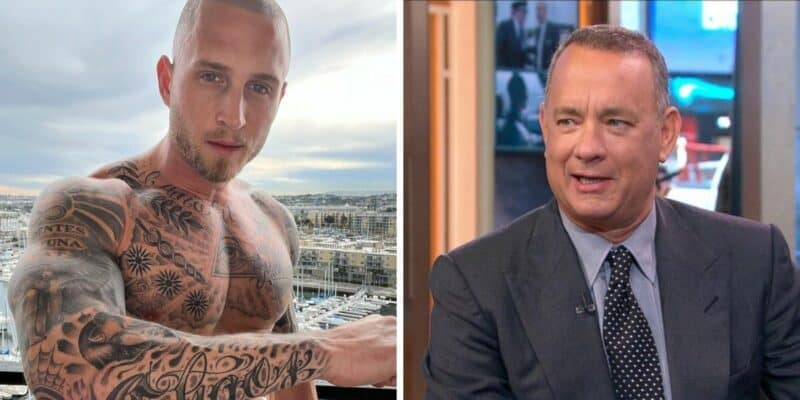 Tom Hanks (Big, Saving Mr. Banks, Cast Away, The Green Mile) is one of the best known actors of all time. He made his film debut with a minor role in the 1980 horror film He Knows You’re Alone, but ever since has landed roles in both television and film, including Saving Private Ryan (1998), Catch Me If You Can (2002), The Terminal (2004), and, of course, lending his voice to Woody in Disney-Pixar’s Toy Story franchise.

One of their sons is now speaking out on growing up as the child of famous parents, even saying he never had a “strong male role model”.

In a YouTube video titled The Truth About Growing Up As A Hanks, Chester Hanks voiced his struggles of being raised surrounded by wealth and fame.

“My experience was even more complicated because, on top of fame already being toxic, I wasn’t even famous,” Hanks said. “I was just the son of somebody famous, so I hadn’t even done anything to deserve any sort of recognition and that created a lot of contempt for me.”

Hanks went on to explain that he was always perceived as “arrogant, entitled and spoiled” and “didn’t have a strong male role model” when he grew up.

“It was extremely hard to break down their walls,” he said in the video. “So, I encountered a lot of disdain, a lot of animosity and negativity because everybody was just prepared to hate my guts and that caused me to develop a chip on my shoulder and walk around with a lot of anger.”

“And it led me to create this hard exterior so that people wouldn’t **** with me,” he continued, “because people did kind of **** with me growing up.”

In 2015, The Los Angeles Times reported that Chet posted a series of videos, which appear to have been deleted since, saying that he had a cocaine problem and had been in rehab. In the new YouTube video, Hanks admitted that his defensiveness led him down a “path of self-destruction” in his 20s.

Hanks is currently an American actor and musician and has had recurring roles on Empire and Shameless.

Are you a fan of Chet or Tom Hanks? Let us know in the comments below.