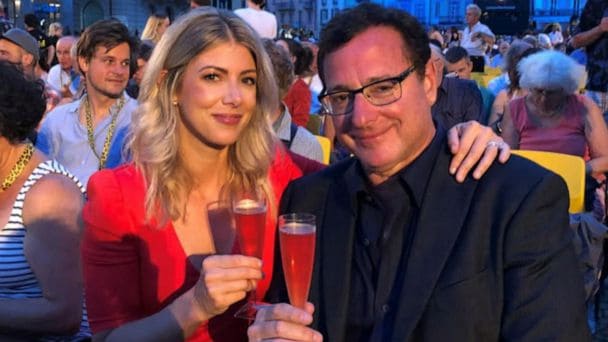 When iconic comedian Bob Saget, 65, unexpectedly passed away in his Ritz-Carlton Orlando hotel room on January 9, 2022, it shocked both the Hollywood community and his legion of fans.

Recently, it emerged that Saget did not die of a heart attack or stroke as many fans originally assumed, but of head trauma. Per an official statement obtained by E! News, Saget “accidentally hit the back of his head on something, thought nothing of it and went to sleep…no drugs or alcohol were involved.”

Now, USA Today has shared that the late actor and stand-up comic’s family is suing Florida officials to block the release of materials related to his death investigation:

…[the lawsuit was filed] Tuesday against Orange County Sheriff John W. Mina and the District Nine Medical Examiner’s Office. Both conducted investigations into Saget’s cause and manner of death.

The lawsuit cites that Rizzo and Saget’s daughters “would suffer irreparable harm in the form of extreme mental pain, anguish, and emotional distress” if further details about the 65-year-old comedian’s death “be released or disseminated to the public.”

The suit alleges that certain images would be detrimental to the family’s mental health as they “graphically depict Mr. Saget, his likeness or features or parts of him.”

One month without this incredible man. Bob truly lived life to its fullest. He had so many hardships over the years that he would always tell me “look, life is hard, we need to enjoy it as much as possible.” And one of the best ways we did that together was sharing and exploring amazing food around the world. We were in our happy place together whenever we were out at a restaurant, hotel lobby bar, or even our own kitchen when I would try out a new creation on him. He was never shy about ordering, and he would even tell you to get everything on the menu that you wanted because he also wanted to see you enjoy everything to the fullest. Experiencing simple pleasures in life like that brought him so much joy. I can’t even put into words how much I will miss this.

What do you think about Saget’s family’s lawsuit?