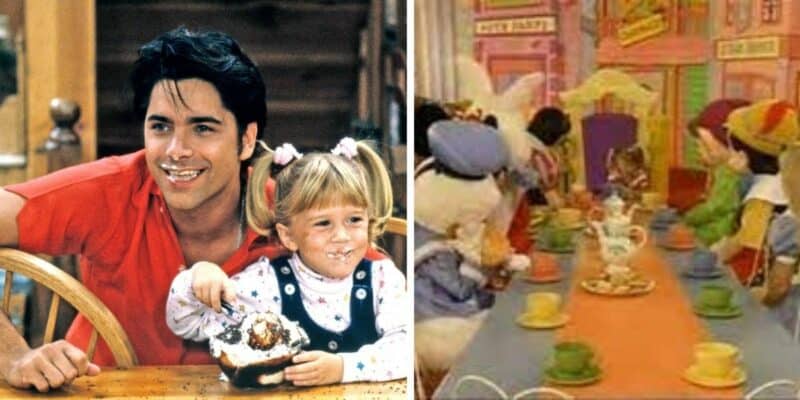 Over the past weekend, Orlando has held Megacon at the Orange County Convention Center. There has been a tonne of stars attending the event, including the cast of Full House.

Bob Saget, Dave Coulier, and John Stamos were all in attendance and even did a question and answer session with the audience where they were asked a plethora of questions about Full House. One question, in particular, was “What was your favorite episode of Full House?”. Without much hesitation, Stamos quickly answered that he loved the Disney World episode.

He spoke on how fun it was to film at Disney World and how much he loved playing music right in front of Cinderella Castle. The response from Stamos doesn’t come at too much of a surprise, however, because of his love for Disney.

John owns both a Pirates of the Caribbean and “it’s a small world” animatronic, and many other iconic pieces of Disney Park memorabilia. The actor takes vacations to both Disney World and Disneyland often and even honeymooned at the Disney Parks!

When discussing Full House, John Stamos also noted that his new show on Disney+, Big Shot, which has just been renewed for a second season, gives him the same satisfaction of being able to play a role in a show that the entire family can watch, much like Full House was.

Even though John Stamos has done a lot of fantastic work since Full House, he did say that no matter what he does, he is still always going to be known as Uncle Jesse. At one point, Stamos even said that he said “enough Full House,” but after seeing how much the fans and audience loved the show and what it meant to them, he learned to appreciate it a lot more. So much so that he is one of the producers on Fuller House.

And yes, to all those wondering, he is as obsessed with his hair as you think.

Did you like the Full House Disney World episode? Let us know in the comments below.