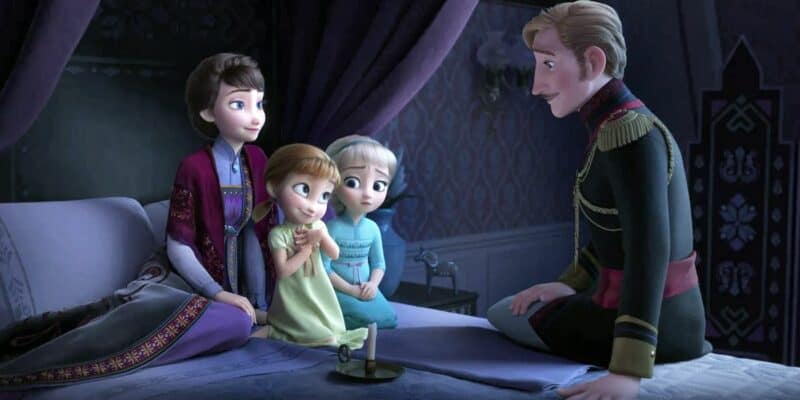 An ABC affiliate shared the following report at the time the allegations first surfaced:

Now, new details about the Frozen franchise voice actress — Wood portrays Anna and Elsa’s mother, Queen Iduna — and the “Sweet Dreams” singer have emerged, and the situation is getting increasingly sordid.

Per a HuffPost article about Sundance Film Festival entry, Phoenix Rising, a two-part documentary about Wood and Manson’s tumultuous relationship, things on a 2007 music video set quickly turned ugly for the young woman:

“We’re doing things that were not what was pitched to me,” Wood says in the documentary, according to the magazine. “We had discussed a simulated sex scene, but once the cameras were rolling, he started penetrating me for real.”

“I had never agreed to that,” Wood reportedly says in the film. “I’m a professional actress, I’ve been doing this my whole life; I’ve never been on a set that unprofessional in my life up until this day.”

Manson (Brian Warner), who was married to burlesque performer Dita Von Teese (Heather Sweet) before his relationship with Wood, has responded to the allegations of sexual assault via his legal counsel.

Attorney Howard King told People that Wood’s claims are a “brazen and [easy] to disprove” lie. King went on to state that his client “did not have sex with Evan on that set, and she knows that is the truth.”

Manson and Wood garnered a great deal of media coverage throughout their relationship, which spanned from 2006 to 2011, due to their 18-year age different. She was 18 and he was 36 when the duo met. Today, Wood is 34 and Manson is 53.

Although she also appears in flashbacks in Frozen (2013), Wood’s Queen Iduna plays a key role in the Frozen sequel, in which Anna (Kristin Bell) and Elsa (Idina Menzel) attempt to unravel the mysteries of their childhood. The official description of Frozen II reads:

Why was Elsa born with magical powers? What truths about the past await Elsa as she ventures into the unknown to the enchanted forests and dark seas beyond Arendelle? The answers are calling her but also threatening her kingdom. Together with Anna, Kristoff [Jonathan Groff], Olaf [Josh Gad] and Sven, she’ll face a dangerous. but remarkable journey. In Frozen, Elsa feared her powers were too much for the world. In Frozen 2, she must hope they are enough.

What do you think about Wood’s allegations?