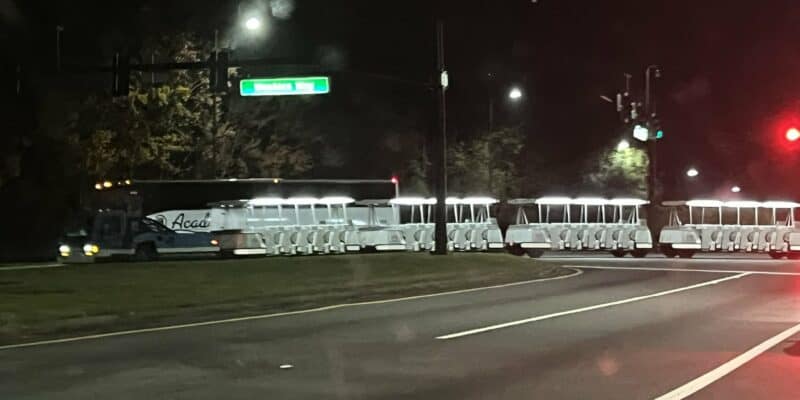 When visiting the Walt Disney World Resort, many thoughts come to mind. From exciting rides and attractions like Tower of Terror, Splash Mountain, and Expedition Everest to incredible restaurants like O’hana and the California Grill, Guests can expect to have an amazing time when visiting any of the Disney Parks.

One of the things that may not cross your remind when thinking of Disney is the transportation and parking that is offered to Guests in the Parks. From busses to trams, Disney World has you covered in terms of getting around. Speaking of trams, recently, one Guest witnessed one of the Park trams hitting the main road.

In a post on Twitter, the popular social media platform, one user captured a photo of one of these trams on the main road in Orlando, Florida. See the full tweet from @kchristine below:

There’s a tram. Turning off of western way. Casual. pic.twitter.com/T6RhEP1g75

This is quite a bizarre and strange sight as Disney trams are never seen outside of the Disney Parks. User @HorizonsOne commented on this unusual event:

Have you ever seen anything like this while at Disney? Let us know in the comments below!

Comments Off on Guest Spots Disney Tram Hitting the Highway