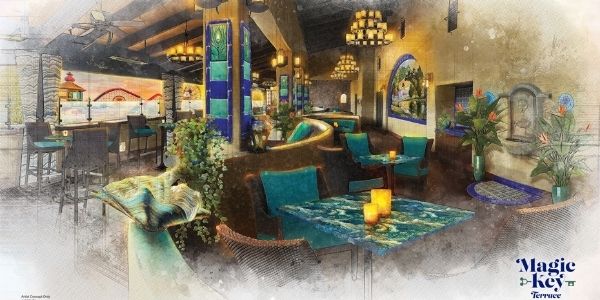 Disney just revealed some exciting news for members of its Magic Key program! 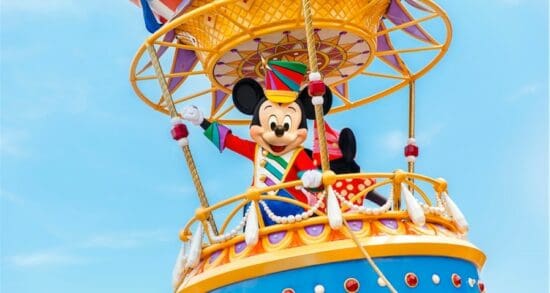 Once open, the updated version of the terrace will become an exclusive space for Disneyland Magic Key holders similar to the exclusive Club 33 or the 1901 Lounge. The space will feature all new furniture, lighting, tile, beautiful stained glass, and wall murals.

“When we started our Magic Key program, the park decided that it would be a really great thing to have a location for them that they could call their own, kind of like Club 33 has their own location. Now the Magic Key members have the same thing which is really wonderful.”

Irvine went on to say:

“But the upstairs was never really finished to a point where it had a good story with a compelling look to it. So, with a lot of research, we came up with the story of an old California hacienda that had all the beauty of heavy wooden beams, colorful Spanish tile, and terracotta floors and built on that. It’s very much meant for sitting and chatting about your day, sharing photos, and really enjoying the space and not feeling rushed.”

When you’re a Magic Key holder, Disneyland is your land—you’re a townsperson on Main Street, U.S.A., a galactic citizen of Batuu, a hero at Avengers Campus, a local at Pixar Pier and beyond. You belong to the community of core Disneyland fans who all share a passion and love for the parks.

This new Magic Key program provides reservation-based admission to one or both Disneyland Resort theme parks where you’ll make memories visit after visit. Choose a Magic Key pass featuring a variety of admission days, pricing options, experiences, and savings on food & beverages and merchandise. You can select the Magic Key pass that’s of most value to you.

Are you a Disneyland Magic Key Passholder? Are you excited about this new club? Let us know in the comments below!