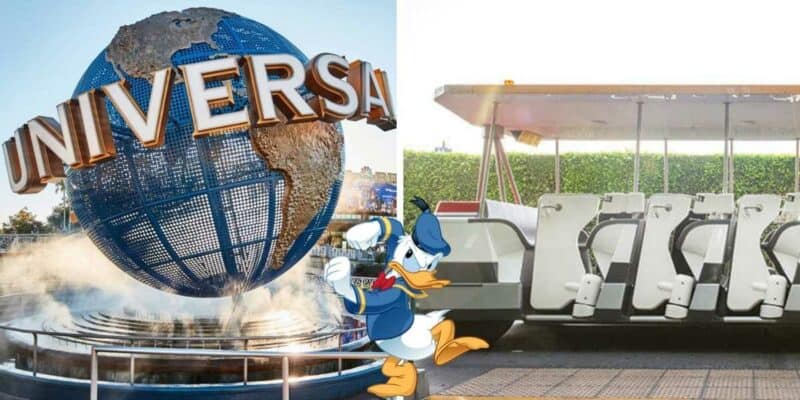 No surprise here… just Universal Orlando Resort once AGAIN throwing shade at its neighboring competitor, Walt Disney World Resort. The most recent jab (seriously, just 6 days ago) was when Disney announced trams will be returning. And now today, Universal keeps throwing shade at the situation with a tram joke.

Walt Disney World Resort trams have been a thing of amusement lately. When the Disney Parks reopened in summer 2020, the trams did not return to operation. Well over a year later, Disney has announced trams are returning THIS month to Magic Kingdom and will return to EPCOT, Disney’s Hollywood Studios, and Disney’s Animal Kingdom next year. While we’ve seen testing take place, Disney has yet to announce what date the Magic Kingdom tram will return, but we suspect it will be very soon.

So, Universal Studios Hollywood tweets back with “Um, yea…” and Universal Orlando Resort makes the joke, “Better go and catch it.”

Trams jokes… why not? Of course, the best part of Universal Orlando Resort’s random tweets making fun of Disney is reading the hilarious responses. Even Universal Studios Hollywood replied with the hand on face emoji:

Here are a few more of our favorite responses to Universal’s joke:

These are too great! We’re not going to lie. We are massive Disney fans, but we even love coming across Universal’s random tweets doing their best to take a jab at the Mouse. Although, we will say twice in less than a full week does seem like someone (sorry Universal) is trying a little too hard.

What do you think Universal should poke fun at Disney for next? Let us know in the comments!