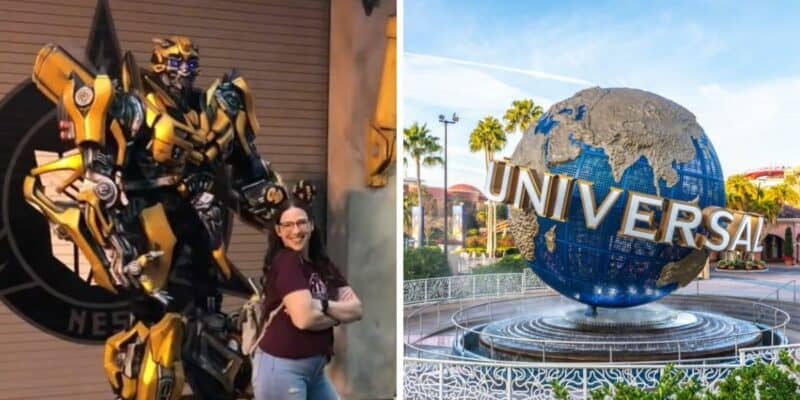 Universal is known for its witty and tongue-in-cheek responses to entertainment news, with Universal Orlando Resort’s Twitter page being a source of fun commentary on theme park news and worldwide events.

Now, it seems the Universal characters are joining in, with a recent interaction at the Universal theme park in Orlando showing the humorous side of wearing Disney clothing to a Universal Resort.

Universal Orlando and Walt Disney World in Florida are two of the biggest competitors in the United States theme park industry. From ticket sales and branding to immersive lands and new attractions, both companies find opportunities to outdo the other and attract Guests old and new.

Now that meet and greets are back at Universal Studios after the pandemic, characters are chiming in on the Disney vs Universal debate.

TikTok user sunflower_ro22 posted a video of her meet and greet with the fan-favorite Transformers franchise character Bumblebee.

In the video, the Universal Studios Guest is excited to meet Bumblebee, but the Autobot proceeds to be shocked and point out her Disney style Mickey ears:

The Guest confirms that her ears are homemade with Harry Potter theming on them and that she wore the ears “at both Parks” – both Universal Studios and Islands of Adventure.

Bumblebee then has a dance-off with the Universal Guest, showing off some great robot moves alongside TikTok user sunflower_ro22.

The yellow sportscar is one of the fan-favorite Autobots from the Transformers movie franchise starring Shia LaBeouf, Megan Fox, and Hawkeye star Hailee Steinfield, whose charm centers around his use of radio clips to speak sentences.

Autobots and Decepticons are often seen walking around the theme parks, with Optimus Prime and Bumblebee meeting Universal Orlando Guests.

What do you think about wearing Disney clothing at Universal Parks?