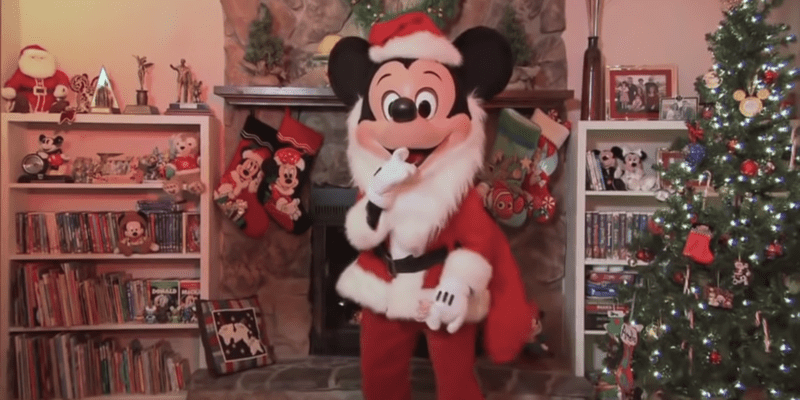 It’s that time of year when we want a log burning in the fire and cheerful music eminating from every corner of the room (Except Last Christmas… We’re not getting bumped out of Whamageddon!) If you’re in the Disney mood as well as the holiday mood, a merry Disney yule log, and a Disney Christmas movie is just the thing! We’ve got all the Disney yule log videos that you could want to stream for the holiday season!

Every Disney Yule Log You’ll Want For The Holidays 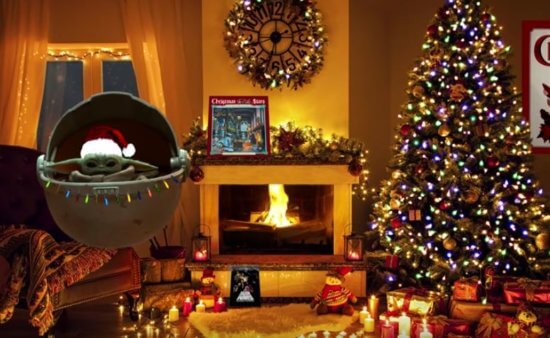 Star Wars? Frozen? Toy Story? All of these Disney Yule Logs have fabulous Disney themes, from movies to Disney Parks to our beloved Disney Resorts and restaurants. Even Trader Sam has something to add this holiday season!

The Darth Vader Yule Log MUST be included because the log is… well, VADER. This stream kicks the traditional yule log video aside as the funeral pyre is set up on Endor, the fire is lit, and then we watch Anakin burn for about five hours straight. The entire resistance is warm with holiday celebrations.

For all those Woody and Buzz fans, there’s a great Disney yule log for you! Celebrate the season with this Toy Story-inspired Yule log (You might even see some familiar faces!). Our favorite is Hamm riding around in Barbie’s convertible – beep, beep!

From a Christmas release in 2011, this DVD-included Disney Yule Log made it to a streaming network, so you can view it anytime you like! We especially love the character shadows and hidden Mickeys that float around. The caption on the video reads,

There’s nothing like gathering your family around a roaring fire during the holidays. But what would happen if you added a little Disney magic? Introducing Disney’s Magical Fireplace, a virtual fireplace that’s the best next thing to a real fire and a whole lot more fun! Filled with Disney Magic, it’s nothing you’ve ever seen before! Look for hidden Mickeys and other favorite Disney characters as they mysteriously appear in the shadows. Everyone will “ooh” and “aah” as the glowing red flames dance to a symphony of fireworks, shimmering colors, and and spectacular surprises like only Disney can bring. How many Disney characters can you find?

This fireplace footage was filmed at Disney’s Grand Californian Resort & Spa as the videographer sat by the roaring fire. Pretend you’re at the Disneyland Resort this holiday and bask in the glow of the fire as well as Resort style music. Happy holidays!

Mele Kalekimaka is Hawaii’s way to say Merry Christmas to you! This enchanting three hour stream brings you to Trader Sam’s Enchanted Tiki Bar to sit on the patio and watch the tiki torches flicker in the moonlight, accompanied by some famous Disney snoap and snow screens. A more unconventional Disney Yule Log, it’s still a personal favorite.

The only youtube Christmas fireplace for true Disney Park fans! The Haunted Mansion Yule Log Christmas Fireplace! Music by Sarah Schonert (@SarahSchonert on Twitter)! Background image a compilation of a few pictures photoshopped together. I’ll release a non Christmas one next year.

For 2010, Walt Disney World offered this Christmas time Disney Yule Log featuring a virtual fireplace, holiday music, and even a surprise guest… Santa Mickey himself! Did you spot him?

Mickey himself tends the fire in this Disney Christmas Yule Log from the Disney-created content site, Oh My Disney! This Yule Log doesn’t have any music, just the crackling fire, so play your own favorite tunes as a companion.

Not without a promotional spot, Disney+ added a Yule log video for 2021 to celebrate the debut of Home Sweet Home Alone (2021). This Yule Log offers our favorite traditional Home Alone tunes and plenty of holiday hijinks.

Enjoy the Christmas season with festive Baby Yoda, a crackling fire and the music from Christmas in the Stars. You’ll hear lots of songs from this presentation. Take it away, C3P-O!

You’ll have to turn on Disney+ to screen this wonderfully Frozen II Yule Log. Favorite characters appear on the screen and the decor of Arendelle Castle is everywhere! Make your holidays cozier with this Walt Disney Animation Studios Christmas special!

For your holidays celebrations, set the wintry mood with Anna and Elsa’s Arendelle Castle Yule Log. The castle is newly decorated this year with elements hearkening back to Ana, Elsa, Olaf, Kristoff and Sven’s recent journey to the Enchanted Forest. Happy Holidays from Arendelle!