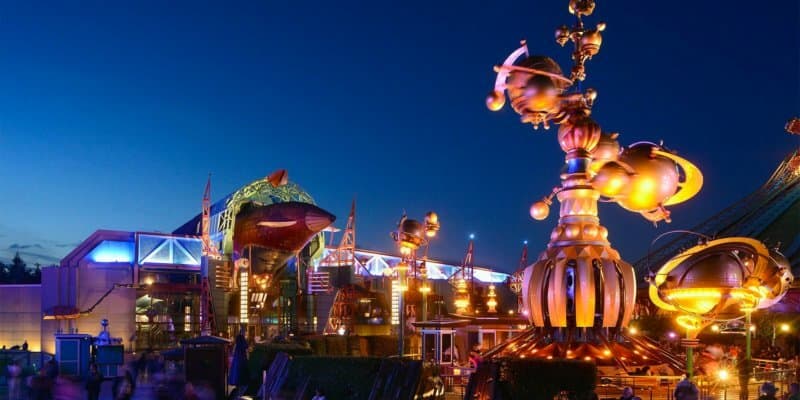 Guests at Disneyland Paris have caught a behind-the-scenes glimpse of an attraction that has been closed for nearly a year.

Orbitron, the high-flying “spiritual successor” to family rides such as Disneyland Resorts and Walt Disney World Resort’s Dumbo The Flying Elephant, Magic Carpets of Aladdin, and Astro Orbiter, has been closed since January of 2021 with no official announcement on its reopening. We actually just recently covered the testing of the ride as Cast Members and engineers get Orbitron ready for its re-opening. The Orbitron is inspired by Leonardo da Vinci’s paintings and artwork of the solar system and has a very cool steampunk-esque aesthetic.

Twitter user NTDLP (@nt_dlp) revealed a picture snapped by @sm_dltall which gives us a behind-the-scenes look at the new entrance to the ride:

First view of the new entrance of Orbitron ! #disneylandparis #dlplive Picture by

First view of the new entrance of Orbitron ! #disneylandparis #dlplive

Disneyland Paris’ Facilities Asset management and Central Shops Teams have been working to spruce up the attraction, renovating the flooring, walls, refreshing the queue, and completely overhauling the audio system of the ride itself. More info can be found on the official website regarding the refurbishment of the ride.

For several months, Disneyland Paris’s Facilities Asset Management and Central Shops (main workshop) teams have been working together with local service providers to give the attraction a true refresh. On the agenda are renovating floors, repainting, overhauling the audio system and refreshing the queue, including the addition of a new gatehouse. Refurbishments will also be done on the landscaping which includes the shrubs, rocks and craters surrounding the attraction.

That’s not all… Most impressive is all the pieces that were dismantled and transferred to the Central Workshops for optimal care. Thus, the huge rising structure and its 12 rockets that lift our Guests up to 7.8 meters above the ground, as well as the rotation system of the planets, have been completely removed. Coming back more resplendent than ever, guaranteed! Stay tuned for more news on the progress of this attraction you absolutely must see at Disneyland Park.

Orbitron is described as a journey to the edge of space – an adventure inspired by Leonardo da Vinci’s visionary drawings of the solar system – which has been present since the Park opened in 1992.