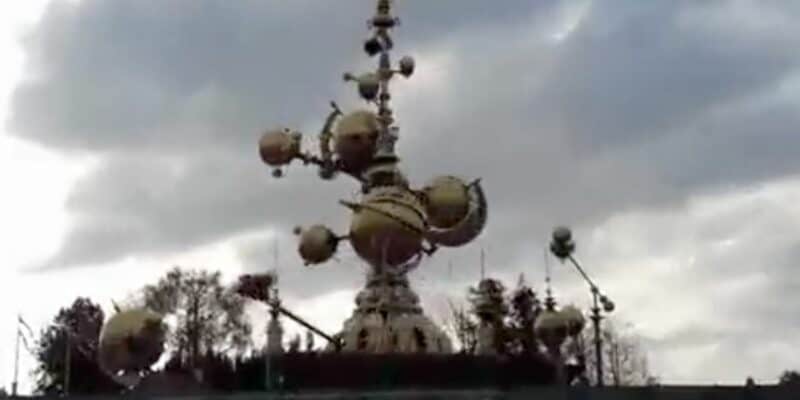 Seeing updates made at any of the Disney Parks is always an exciting thing. Although sometimes this may mean a ride, attraction, or Resort will need to shut down in order to be refurbished, the fun begins once again when we can almost smell the finish line.

At Disneyland Paris, there has recently been a lot of change and work being done. The 30th anniversary for Disneyland Paris Resort will soon be celebrated at both Disneyland Paris and Walt Disney Studios. On top of all of the new additions being built, which we will highlight below, Disneyland Paris is also bringing back Disney Illuminations, their spectacular nighttime show!

One ride that has been closed for quite some time now is Orbitron. The attraction, which is very reminiscent of the Tomorrowland attraction at Magic Kingdom, Astro Orbitor, was completely redone from the ground up. The floors were changed, everything was repainted, and now, the attraction looks brand new and perfectly in theme with its surroundings.

Orbitron – Lift Off!
Get ready to rocket through the farthest reaches of space in this retro Orbitron ride inspired by Leonardo da Vinci’s visionary drawings of the solar system. It’s fast, it’s futuristic and you’re the captain, as you control the height of your vessel whilst it whizzes around a galaxy of planets high above the sights and sounds of Discoveryland.

We recently learned that it would be coming back to life on December 17, but it seems that testing is continuing to happen until then, even while Guests are in the Park! Dlrpfans – Disneyland Paris Fans (@dlrpfans) Tweeted a video:

Recently, Disney has also announced that Toontown at Disneyland Resort would be closing for a massive refurbishment in 2022 that would be revealed in 2023. At Walt Disney World Resort, many attractions are still yet to be revealed, such as TRON Lightcycle/Run and Guardians of the Galaxy: Cosmic Rewind. Plus, the Walt Disney World Rail Road has been closed since 2018 with no opening date in sight!

What are you looking forward to most at Disneyland Paris?